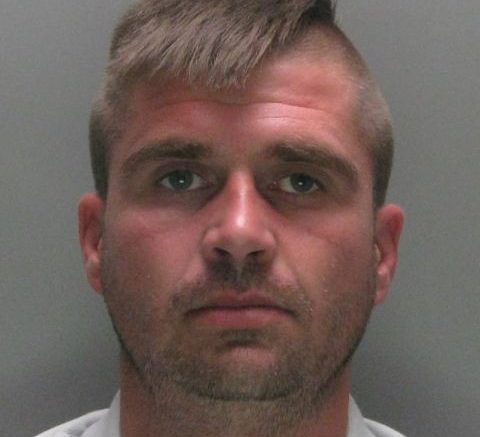 A MAN involved in a police pursuit at speeds of up to 100-miles per hour in a van has been jailed for a year.

Police signalled for Shaun Kelsey to stop as he was suspected of being on his mobile phone at the wheel of a Citroen Berlingo near Shildon, at 4.45am on June 25.

Durham Crown Court was told Kelsey refused to stop and accelerated to almost 100-mph in a 30-limit area passing through Redworth, on the A6072.

Shaun Dryden, prosecuting, said Kelsey contravened red lights and performed dangerous overtaking manoeuvres so the police decided to deploy a stinger tyre deflater, but the device could not be laid in time.

Kelsey carried on, taking a roundabout in the wrong direction, and when a police vehicle tried to overtake to block him in, he swerved towards it, causing the driver to brake sharply.

Mr Dryden said Kelsey then drove the van onto a cycle path next to a railway line and almost collided with a cyclist at 90-mph.

Kelsey was forced to abandon the van in Newton Aycliffe when it failed to pass through a small gap at the end of the cycle path, colliding with a fence.

He fled on foot but was found with the assistance of a police sniffer dog while trying to hide in bushes.

Although he smelled of alcohol, Kelsey was obstructive and refused to provide a breath specimen.

The defendant, 34, of Chapel Terrace, Station Town, was admitted dangerous driving, failing to stop for police and failing to provide a specimen.

His previous convictions include two offences of dangerous driving and one of driving while disqualified.

Anthony Pettengell, for Kelsey, told the court he disputes being on the phone at the start of the incident.

But he said Kelsey accepts “being in a panic and deciding to continue on, taking worse and worse decisions”, having had a couple of drinks.

Mr Pettengell said Kelsey has anger management issues and suffers anxiety, for which he is on medication.

He added that the previous dangerous driving offences are of some age and the defendant has never previously served a custodial sentence.

Judge James Adkin told Kelsey some of his driving during the pursuit, “defied belief”, posing an “imminent risk” to other road users, particularly the cyclist he nearly hit at high speed.

VIEWERS who did not fully know the tale of John Darwin and his brazen decision to fake his own death were left disgusted by the sentences. The Northern Echo | What’s On …

Every James Bond film, including No Time to Die, will appear on a particular streaming service this week. The Northern Echo | What’s On …