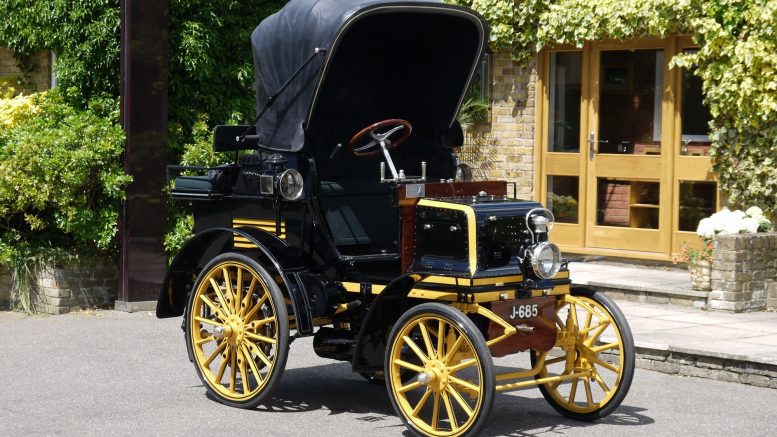 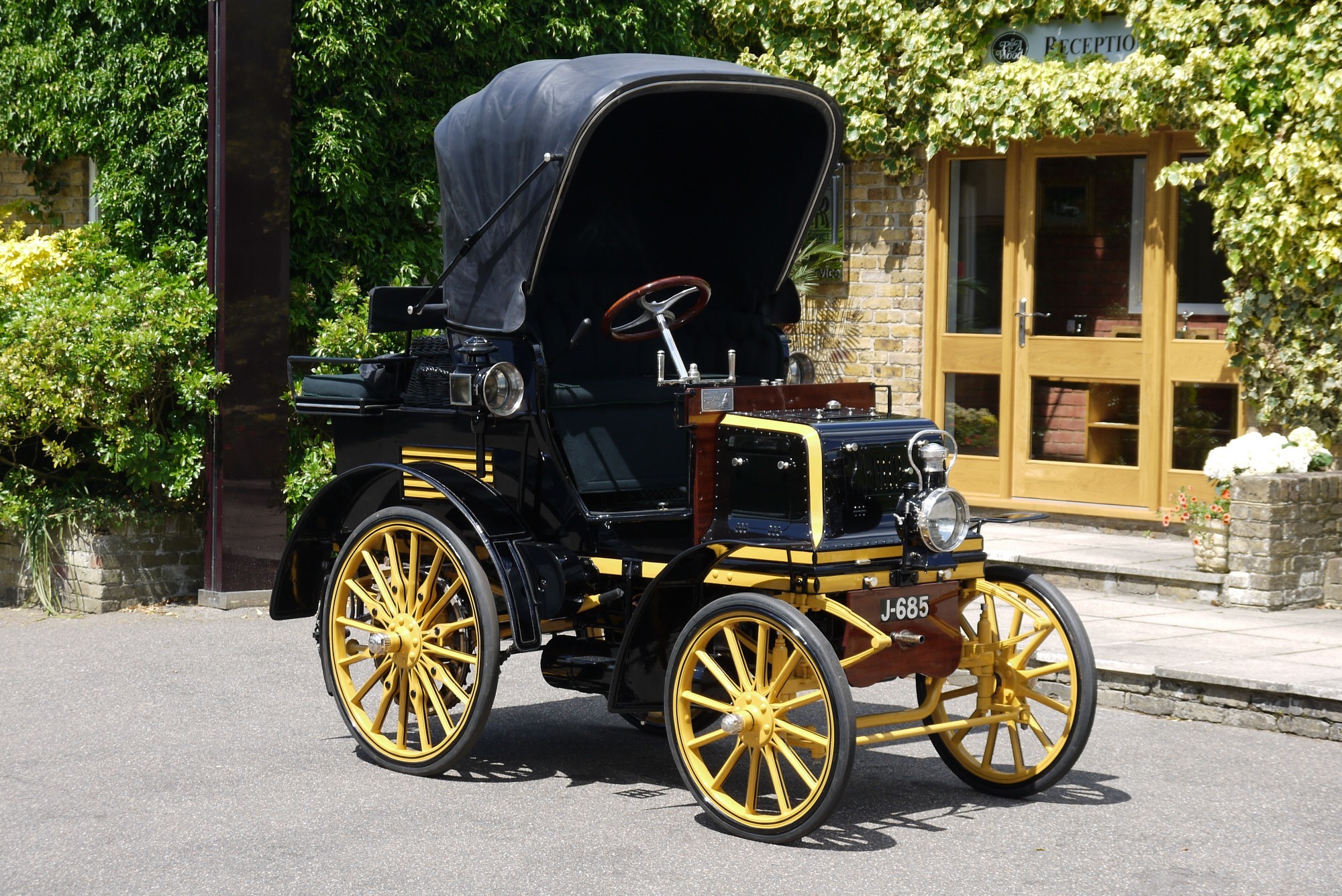 A DARLINGTON carpet entrepreneur’s extraordinary 120-year-old car is for sale for nearly £400,000.

He, though, probably wouldn’t recognise it in its stunningly immaculate condition as he converted it into a van so that he could run his electric carpet beating equipment around the big houses of south Durham and North Yorkshire.

The vehicle is a Daimler, made by the Great Horseless Carriage Company of Coventry which went into liquidation in January 1898, and it bears an early County Durham registration, J-685, J being the letter allocated to Durham when it became a licensing authority in 1902.

This suggests that the car’s first owner could have been William Wright Franks, who had founded the Electric Carpet Beating Works in 1882. According to research by expert David Burgess-Wise, who has overseen the vehicle’s restoration in the last decade, Mr Franks lived at 27 Russell Street, and had his first premises at 16½ Wooler Street. In 1906, he moved the business to I’Anson Square, which was next to Russell Street – today, it is beneath the Garden Street car park behind the Half Moon pub.

His customers were the nobility across the area, who obviously needed their carpets beaten on a regular basis, and in 1907 he received Royal Letters Patent – a seal of approval from the royal family.

In 1921, Mr Wright registered the vehicle as a van.

“He might have been the Daimler’s first owner and converted it into a van when it became obsolete, a practice followed by several other firms,” says Mr Burgess-Wise. “After all, if the Daimler had given good service, it would have been logical to extend its working life by converting it to a van to use with his business.”

After that, his vehicle went into the collection of John Cuthill Sword in Scotland, where it was described as a flatbed lorry. It had a Mercedes radiator clagged on the front and its rear wheels had been lowered, presumably to make deliveries easier.

It ended up in Spain, although it returned to complete the 1969 London to Brighton run. In Spain, it wound up in the possession of a bank, in lieu of an unpaid debt, before Miguel Gonzalez took it on. He, with Mr Burgess-Wise, began the restoration process.

By now, it had a very strange outward appearance: it had two pub chairs, an overlarge bonnet, ill-fitting copper doors from a wood-burning stove and huge candle lamps from an old stagecoach.

“But when we probed beneath that ghastly exterior we found that this Victorian horseless carriage was not only remarkably unmolested mechanically but one of the very earliest British-built motor cars,” says Mr Burgess-Wise.

It was decided to restore to something like its original, and the Marseilles Phaeton design from Daimler’s 1897-98 catalogue was chosen – a “phaeton” is a sporty, open carriage, once pulled by two horses.

Restoration took place at Fairbourne Carriages in Kent, and on September 13, 2011, it passed its first – and only – MoT.

“Taking the wheel of the Daimler is an enlightening experience,” says Mr Burgess-Wise. “This is a car that you really have to climb up into, your viewpoint well above head height. This would have been normal on a horse-carriage, but it’s a driving position that was quite quickly abandoned on motor cars.

“From the lofty and surprisingly comfortable seat, you look down on modern vehicles as they pass below the level of your feet.

“Getting away is not a matter of accelerating through the gears but engaging bottom gear and letting the car gather speed until you estimate that sufficient momentum has been achieved for the car to take the next gear.

“The combination of a low-powered engine – Daimler claimed that the 4-hp engine developed a heady 5.5 horsepower – and a relatively heavy car meant that opportunities for engaging top gear were few and far between, and I never got further than third, at which point the car was running somewhere around the 1898 legal limit of 14 mph.

“It sounds slow, but it’s about as fast as I felt comfortable.”

Now this remarkable piece of motoring, and Darlington, history is for sale at the heritage vehicle experts P&A Wood of Dunmow in Essex. The asking price is £395,000. 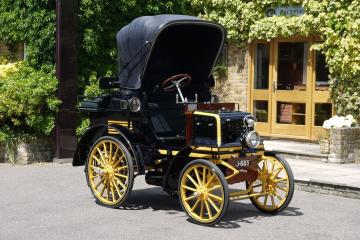