The Bowes Museum is a hidden treasure, a jewel in the heart of beautiful Teesdale. The magnificent building stands proud in the historic market town of Barnard Castle housing internationally significant collections of fine and decorative arts. 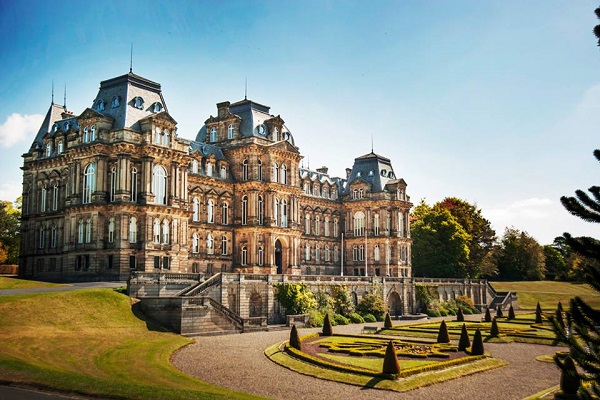 Purpose built in the 19th century by John and Joséphine Bowes, the Museum has a wonderful story to tell.
John, the son of the 10th Earl of Strathmore, was born at No 13 South Street, Chelsea, London. His mother was a commoner, Mary Millner, who caught the Earl's eye when she worked on his Teesdale estate and ended up living with the Earl to all intents as his wife for many years.

The Earl married her just 16 hours before his death in an unsuccessful attempt to secure his son’s succession. Two very long court cases ensued, finally settling the Durham estates on John, but not recognising him as the legitimate heir to the Strathmore title.

The diverse collection spans three floors of the magnificent building and contains items too numerous to list. Whether it is paintings by Canaletto or Goya, porcelain produced at Sèvres, or marquetry attributed to André-Charles Boulle it can all be found at The Bowes Museum, which has received Designated status from the government in recognition of the outstanding collection.

Visitors to The Bowes Museum today can not only learn of John and Joséphine’s wonderful story and marvel at the fascinating collections but can also enjoy an exciting programme of exhibitions. Activities in the park and a popular café and shop add to the visitor offer at the Museum, making it fit for purpose in the 21st century. The magnificent legacy that John and Joséphine left to the people of Teesdale retains its charm and intrigue yet sympathetic developments have made the attraction a popular, vibrant and exciting day out for all.