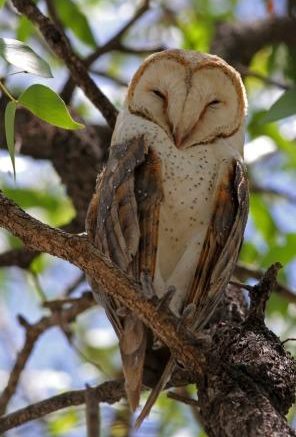 Today, we are back at Kirkleatham Owl Centre, giving you a behind the scenes tour. Read about the birds, watch their progress in training, and get up close and personal with other residents, including the meerkat and porcupine families. This week it is all about owls

Here at Kirkleatham Owl Centre we are of course an owl centre and when we first opened 30 years ago almost all of our residents were owls: these days we have a whole host of different bird species, but we still have a lot of owls who call the centre home.

There are more than 200 different species of owls worldwide; they live on every continent except Antarctica, from dense rainforest to scorching desert, open farmland to city centres.

Barn owls are confiding birds, happy to live close to people –there are in fact some 35 different species found around the world.

Here at the centre we have three species of barn owl – the white breasted or British barn owl, the dark breasted or European barn owl and the African barn owl.

The largest owls are the eagle owls, and again different species can be found across Africa, Asia and Europe.

The largest are the Eurasian eagle owl and the Siberian eagle owl. We are often asked what is our largest owl and it is our female Siberian – she is the largest owl we have ever met, weighing in at a whopping eight and a half pounds, which might not sound that much but a “regular” barn owl weighs a mere 12oz – it is true that owls are all feathers.

And what of the story of the wise old owl? Well it’s not really true. There is nothing particularly wise about an owl, in fact on the avian intelligence scale they are firmly towards the bottom.

But they don’t need to be wise; they rely on instinct and that has served them very well for millions of years.