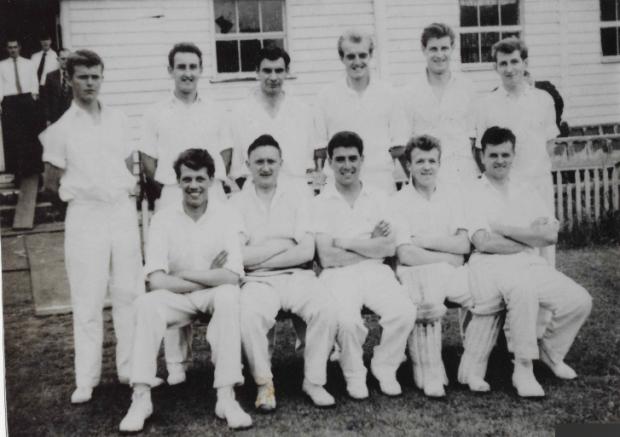 TODAY, we feature some photographs sent into us by Echo readers.

We particularly love the picture of Bishop Auckland Reserve team with all their supporters. You might recognise yourself, or someone else in the photo.

We think it was taken in 1955, but are not 100 per cent sure. Perhaps you remember. If you want to share pictures of your sporting memories, sports teams or great wins, email jo.kelly@newsquest.co.uk

Mr Clarkson from Shotley Bridge has sent us this photograph of the Shotley Bridge cricket team. The photograph was taken by George Russell Clarkson in 1962, his first year of retirement after being the secretary of Shotley Bridge Cricket Club for 30 years. Back row, from left, Eddie Stokoe, Keith Collingwood, (the uncle of former Durham and England cricketer Paul Collingwood), Barry Hicks, (a famous big hitter), Stuart Wilkinson, (famous for dismissing Geoff Boycott when Durham beat Yorkshire in the Gillette Cup in 1973), Billy Bissell and Alan Milburn. Front row, from left, Brian Boundby, Alistair Barnett, Bill Stokoe (captain), Ronnie Stokoe and Tommy Dinning

Betty Dunn sent us this photograph of Hunwick Cricket Club in the 1940s or 1950s. Apart from Ray Pratt, far right in the back row, man with the open-necked shirt, we do not know anybody else and would welcome help from our readers. If you recognise anyone in this photograph, please get in touch at jo.kelly@newsquest.co.uk