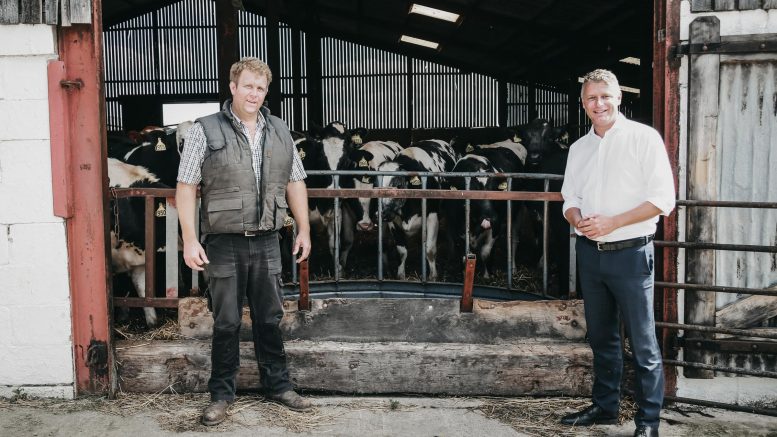 LABOUR has warned that the premature end to furlough scheme could be “catastrophic” for rural economies in England.

Shadow Environment Secretary Luke Pollard has been urging the government to make the furlough scheme more flexible while on his tour of the North East.

During his visit to County Durham he went to a farm owned by William Maughan and his family.

Both trade talks and the ending of furlough schemes were talked about during the visit to Mr Maughan’s farm in Bolam, County Durham.

New Labour analysis of Government figures has found that up to 320,000 jobs in rural communities could be at risk if the Tories persist with their disastrous one-size-fits-all plan to withdraw furlough.

Existing analysis from the National Institute for Economic and Social Research has forecasted that ending the furlough scheme in October as currently planned could lead to 1.2 million people being made unemployed by the end of the year across the UK.

Labour’s Shadow Environment Secretary, Luke Pollard MP said: “We have 320,000 jobs in rural communities at risk in October with 42,000 in the North East.

“Its harder to find replacement jobs in rural areas as there not many employers in the countryside meaning they will have a slower recovery.

“This shows the inflexibility of the one size fits all furlough, rural and coastal areas have different economies to that of towns and cities.

“They have to make furlough more flexible and make sure the industries survive the three winters, last winter, the Covid winter and the winter coming up. We need to be flexible with some sectors.”

Labour analysis of the areas and industries most heavily dependent on the furlough scheme has found that nearly a third of these jobs will be in rural communities in England.

This news comes in the context of mounting crises for the UK’s rural economy.

Earlier this week the NFU warned that the UK faces the worst wheat harvest since the 1980s, while some analysts have warned that post-Brexit trade deals could lead to UK farmers being undercut by foreign competitors.

Farmers are worried that they will loose out to cheaper meat producers, who operate with methods that would be illegal in this country, after trade deals are done.

William Maughan NFU county vice chairman said: “It is great for Luke to come out and hear the concerns and issues of the industry. There has been a lot of change with Brexit and Covid but we are proud of the high animal welfare standards we and all the other British farms maintain. Trade is the biggest concern a large proportion of our goods go to the EU. That might be sorted in a trade deal but the idea that other countries could undercut us with cheaper products that have been produced using methods that would be illegal in this country is worrying.”

Mr Pollard added: “People have heard things about chickens and eggs coming from America and they don’t support it and this is the risk in the trader deals. As a country we have spent decades improving our animal welfare and the idea that it will all be replaced by an American industrialised agriculture is not something we can support. Our poorest communities will be buying the poorest quality food and right now we have an even playing field.