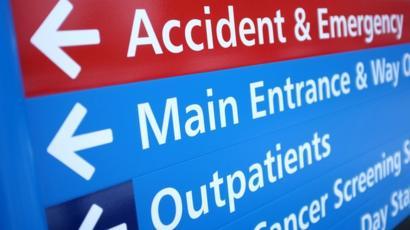 A HUSBAND’S bullying of his South African wife culminated in him breaking a bone in her arm after throwing her onto the landing floor at their home, a court heard.

She could not cushion her fall and as she landed on her left elbow could feel her arm break.

Durham Crown Court was told she screamed in pain, but husband Daniel Hutchinson told her she was being “soft”.

Chris Baker, prosecuting, said he eventually agreed to take his wife and daughter for hospital treatment.

She asked her husband to leave, but he initially refused and threatened her if she reported what had happened, offering her various possible other “explanations”.

Mr Baker said she told her husband she would, “make a scene” if he did not leave.

He allowed her to go into the accident and emergency department but threatened to kill her if she reported it to police.

She did go into A&E with her swollen and fractured arm. The fracture was on the elbow bone itself, but she also had bruising to her legs, arm, neck and to a cheek.

It was reported and Hutchinson was arrested and interviewed.

Mr Baker said the attack, on May 31 last year, came after a day of rowing and threats at their home in Crook, as Hutchinson was angry because his wife had received a lift home from the partner of a friend following a night out in Darlington.

Hutchinson told police he had not been “jealous” because another male had driven his wife home.

A victim statement by the woman outlined how isolated she felt, being South African with no family close by, having met her husband while both were working in Dubai.

She said going into a women’s refuge after the incident was a “relief” and better than living with her husband, who she described as, “a monster”, who she feared.

Keith Allen, mitigating, said his client was a man of previous good character, who has also remained out of trouble since the incident.

He pointed to a probation report which assessed Hutchinson as a “low risk” of further offending.

Mr Allen said rather than be jailed immediately, it would benefit society more if a non-custodial sentence was passed so Hutchinson could address his behaviour within a relationship working with the Probation Service.

Judge James Adkin said Hutchinson’s “bullying behaviour” continued right through to the threats made at hospital, but he agreed that work ought to be carried out in the community to ensure there is no repeat in future.

He imposed an 18-month prison sentence suspended for two years, with a six-month 7pm to 7am home curfew.

He was also made subject of a lifetime restraining order not to contact or approach her.