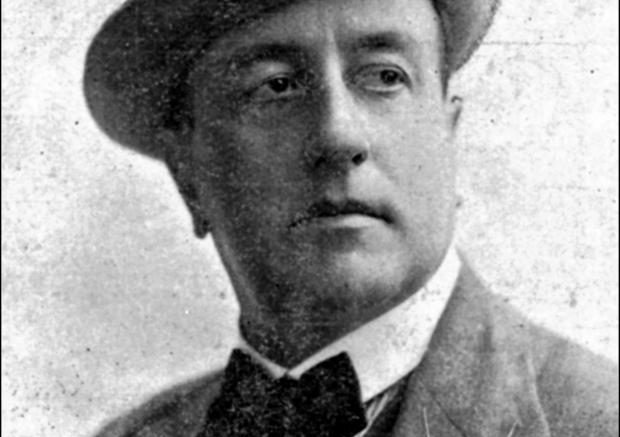 THE Hippodrome in Bishop Auckland is a great survivor. For more than 110 years, as fashions have waxed and waned, it has entertained local people.

All around it, theatres and cinemas have come and gone; massive foundries and railway stations have disappeared; pubs have closed and retail streets have shrunk, but still the Hippodrome stands.

Its steadfast history is the subject of a new book, the Great Survivor, and just to show it is still adapting its offer, as well as being a bingohall, it also contains a museum in which an exhibition has just opened telling the story of the world’s favourite dartspitter, Rondart.

In the new booklet, Gerald Slack tells how the Hippodrome was built in double quick time in 1909 by a consortium headed by Signor Rino Pepi, the Italian impresario who had seven Hippodromes across the north, although only Darlington’s still operates.

Pepi announced his Bishop Auckland project on February 1, 1909. The foundation stone was laid by Sir William Eden of Windlestone Hall, on July 24, 1909, and the theatre opened on December 6, 1909 – staggering progress.

Sir William Eden laying the foundation stone – Pepi is in there somewhere, too. Picture courtesy of Tom Hutchinson

However, the best act on the opening night bill must surely have been a quickfire comedian who went by the brilliant stage name of Will E Stopit.

The Echo said that “an enthusiastic audience” greeted these acts, but the audience wasn’t enthusiastic enough to return on a regular basis, and within 18 months, the directors were being sued for £6,547 – more than £800,000 in today’s values – which was owed largely to the local council.

Pepi had got his timing wrong. The age of variety was fading. Movies were the new craze. The new owners, Picton Pictures, owned Empire cinemas in Darlington and Shildon, and they ensured Pepi’s live theatre concentrated solely on showing films.

In the 1920s, the Hippodrome was taken over by JGL Drummond, chairman of Bishop Auckland council, who had cinemas in Witton Park, Durham, Easington, Seaham and Middleton-in-Teesdale, and he introduced the latest craze in 1932: talkies.

An advert for Tallentire’s strengthened windscreen glass was shown at the Hippodrome in Railway Street, Bishop Auckland, in the late Thirties. From left, Jim Sanders, Reg Tallentire, Tommy French and Harry Burn

By the time of the Second World War, Bishop had three cinemas – as well as the Hipp, there was the King’s Hall in Newgate Street and the Odeon in Tenters Street – plus the Eden Theatre putting on films and variety performances.

Now a bingo hall, this picture was taken when it was part of the Essoldo group. The Longest Day film, which is advertised on the wall, was released in 1962. Picture courtesy of Tom Hutchinson

So the Hipp is the sole survivor, and as it has been a bingohall since 1966, many of its original features have also survived – some very visible in the auditorium and some hidden away behind the false ceiling. All in all, it is a great survivor from a lost age of entertainment.

Inside the Hippodrome as a bingo hall