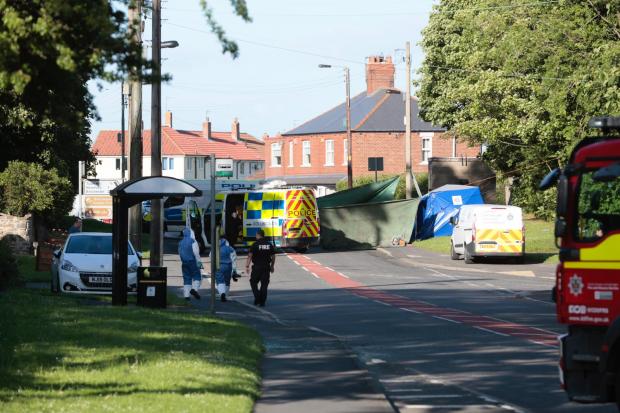 POLICE have confirmed a woman has died following a car fire on the A690.

Durham Police were notified shortly before 1.45pm today. Officers were alerted by a number of witnesses to the blaze on Willington High Street, with reports of passengers trapped inside.

Police have now confirmed the driver died at the scene.

There were no other passengers inside the vehicle.

The A690 is closed at the junction of Stony Bank and will remain closed for a considerable time.

Motorists were advised to find an alternative route to Crook and Willington via Bishop Auckland or through Stockley Lane.  A joint investigation into the cause of the fire has been set up by Durham Constabulary and County Durham and Darlington Fire And Rescue Service.

Chief Inspector Graham Milne, of Durham Constabulary, said: “We would like to express our sympathies to the family of the woman involved in what has been a tragic incident.

“We have launched a joint investigation with our colleagues from the fire service to try to determine the cause of the fire and would appeal for any witnesses to get in touch with us as quickly as possible”.

Any witnesses are asked to contact Durham Constabulary on 101 quoting incident number 211 of July 6.