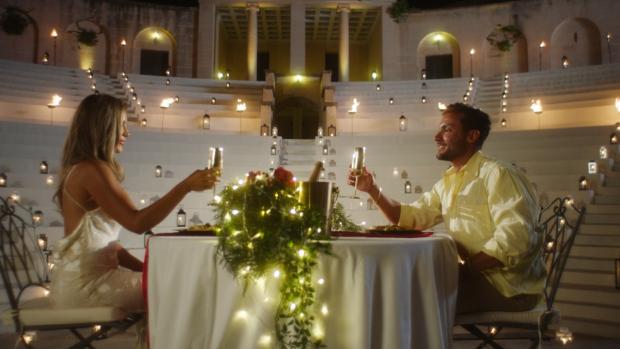 Love Island is almost over for another year and this week has seen the remaining islanders go on their final dates.

They were told to make the decision with their partner and were not allowed to discuss their thoughts with the other islanders.

The public were then able to vote to save their favourites but fans of the ITV show won’t get to know who is dumped from the island until Sunday night’s show.

The Islanders have been voting for their least compatible couples. The results are:

Why isn’t Love Island on tonight?

New episodes of Love Island aren’t aired on Saturdays but you can watch them daily from Sunday through to Friday, followed by a new episode of Love Island: Aftersun.

If you’d like to get your Love Island fix on Saturday you still can by tuning in to Love Island: Unseen Bits on Saturdays at 9pm on ITV2.

Ekin-Su and Davide on their final date. Love Island continues Sunday at 9pm on ITV2 and ITV Hub. Episodes are available the following morning on BritBox (ITV)

Which islanders are still in the Love Island villa?

Get to know the new islanders and check out their social media ahead of the show in our explainer here.

Love Island continues on Sunday at 9pm on ITV2 and ITV Hub. Episodes are available the following morning on BritBox.