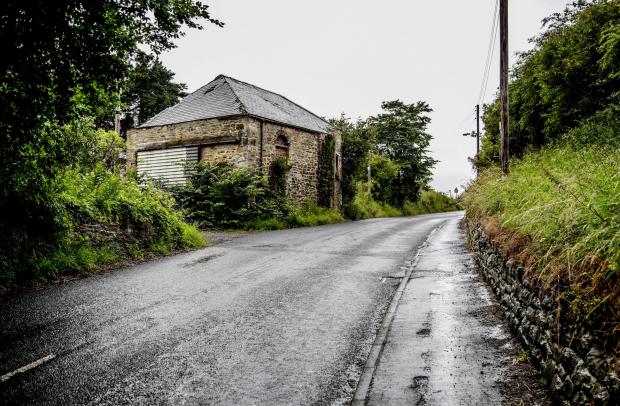 “LATE last night, one of the most determined and diabolic murders that has ever stained the annals of the county took place at Diamond Bank, Butterknowle,” reported The Northern Echo immediately after the events of Saturday, February 23, 1884.

A policeman, Acting Sergeant William Smith, had been stoned to death. He was only the second Durham policeman to be killed in the line of duty.

But thousands of south Durham people were unconvinced and attended “indignation meetings” to protest against the convictions. Sensationally, the Home Secretary stopped the executions the day before and opened a review.

As a result, one of the condemned men, William Siddle, was pardoned, but the third, Joseph Lowson, was hanged at Durham jail on May 27, 1884.

On Thursday at 10am on BBC1, in the programme Murder, Mystery & My Family, two criminal barristers will re-investigate the case with a descendant of Lowson and present the evidence to a judge who will decide whether there are grounds to consider the conviction unsafe.

There may even be a cameo appearance by Echo Memories.

It is an amazing story. It was a heinous crime which provoked a huge outpouring of sympathy for the murdered policeman and his family but, reading newspaper reports of the time, it feels as if the establishment were determined that someone from the lowly regarded mining community of the Gaunless Valley had to pay.

The three suspects, who were undoubtedly implicated in the murder, were rounded up and swept inexorably towards the gallows. Two were spat out by the system – but one of them lost his life. Was he really the guilty party?

ON a dark, moonless night – “it was raining fast”, said a witness – Acting Sergeant William Smith was stoned to death shortly after the 10pm pub closing. He was killed in violent and sustained attack in The Slack, the bank which runs from the foot of Cockfield Fell into Butterknowle.

His body was found by Dr John Middleton, of Woodlands. One report said a piece of skull came away in Dr Middleton’s hand, and that one of the eyes was hanging from its socket. There were teeth all over the ground, along with a pearl button.

Dr Middleton appealed for help from three men on a nearby pitheap whom he saw silhouetted by the bright light of a coke oven. But instead, they stoned him. He received “a staggering blow” to the chest and ran into Butterknowle screaming “Murder”.

SGT SMITH, a father of six, was originally a shoemaker from Stokesley, but had been in the Durham force for 16 years, and stationed at Woodlands for eight.

On the night in question, he was patrolling the pubs to ensure they were closing on time. After checking the Diamond Inn, on the main street in Butterknowle, where the day’s pigeon shooting competition had just wound up, he proceeded down the bank towards the Stag’s Head in The Slack. As he passed the engine house and pitheap of the abandoned Diamond Colliery, he was attacked.

His funeral was held a week later, thousands watching the procession, a quarter-of-a-mile long,as wound from his house to St John’s Church, in Lynesack. At its head was the Woodlands Band, playing the funeral march; then came 82 Durham policeman taking turns to carry the coffin.

They were followed by Sgt Smith’s 70-year-old father, struggling along, while his mother, wife and children rode in a carriage.

Sgt Smith’s headstone can still be seen in the churchyard. He was buried with his daughter, Elizabeth Jane, who had died two years earlier.

As the size of the funeral indicates, emotions were running high. The Darlington & Stockton Times said: “There ought to be few difficulties in running the criminals to earth. Butterknowle is not London; the means of escape from justice are few. Several arrests have been made but, unless the police are tolerably certain that they have caught the bastards, there ought to be no hesitation whatever in placing every house in the entire district under strict surveillance.”

There were three arrests on the evening of the murder. Joseph Lowson, 25, and his brother-in-law William Siddle, 25, were found in bed together at Lands. Lowson had a speck of blood on his cheek and a pearl button missing from his shirt.

Siddle had been heavily fined the previous year for drunkenly attacking Sgt Smith at Woodlands Gala.

Joseph Hodgson, 20, was found at his home of Dent Gate, Langleydale. His clothes lay before the fire, having been washed.

All three were miners. All had been drinking most of the day in the Diamond. All were charged with murder.

The three pleaded not guilty but the court heard that at 9.50pm on the night in question they had “smurted”, “snittered” or “sneatted” with Sgt Smith outside the Diamond Inn, after which Siddle was heard to say: “Let’s go back and rib the polliss.”

Forensic analysis showed that the blood on Lowson’s coat bore the “strongest possible resemblance” to human blood – although it could have come from a pig. In Lowson’s defence, witnesses said they had seen him that day cradling his young daughter who had a split lip.

The pearl button could have been ripped from Lowson’s shirt, but his defence pointed out that it was the commonest button on the market.

Dr Middleton positively identified the three men as being those he had somehow seen in silhouette on that dark night.

But then it emerged that he had begun drinking at 3.30pm in Bishop Auckland and had finished at 10pm after five beers and a couple of whiskies in the Stags Head, where he was seen on a table boxing his medical assistant. This caused the defence to question the sober reliability of his evidence.

After two hours’ deliberation, the jury decided that Hodgson was innocent and Siddle and Lowson were guilty. They exploded into a fury of swear words, and were sentenced to be hanged on May 19 – the traditional three Sundays after the verdict.

The Darlington and Stockton Times reported: “The violent behaviour of the convicted prisoners will confirm the belief that they are ruffians of a very coarse type, and just the men to do the deed for which they are condemned to suffer.

“The finding of the jury, however, is a strange one and those who read the evidence closely will have some difficulty in discovering the grounds of which they have decided. From the first, the case has been shrouded in mystery and the only evidence obtainable was circumstantial.

“And so weak did some of the links in the chain appear that no surprise would have been felt had the jury hesitated to pronounce a verdict. There is no evidence as to who participated in the attack, who struck the fatal blows, yet the jury have sought out one man as innocent and sent two to the gallows.”

The day after the verdict, the colliery district was up in arms. West Auckland held the first “Indignation Meeting”; 1,000 gathered at Willington, 600 at Bishop Auckland; Cockfield Fell was full for an open-air meeting. All denounced the “weak and contradictory nature” of the evidence and “condemned the action of the court”.

Home Secretary Sir William Vernon Harcourt stayed the execution and held a case review in the King’s Head in Darlington. His counsel concluded that Siddle had been trying to protect Lowson, his sister’s husband who had become a father for the third time while in custody.

Siddle was therefore sensationally pardoned – in the previous 70 years, of the 180 people sentenced to death in Durham, only two, in 1832, had been given a free pardon.

It was even more remarkable as the only fact in the whole affair – the assault at Woodlands Gala – pointed to Siddle’s guilt.

Lowson, who had worked at Copley Colliery for five years, went to the gallows in Durham jail at 8am on May 27.

“On reaching the scaffold, the culprit immediately placed himself in position and his cool, resolute bearing surprised all present,” said The Northern Echo. “The executioner quickly adjusted the leg straps. As the white cap was placed over his face he said, in a calm voice: ‘I wish to say that Hodgson struck the first blow and then I helped him. I hope that the country and the Crown will look after Siddle and see him safe home again.’

“The executioner immediately pulled the lever and the unhappy man was launched into eternity. The length of drop was eight feet, death being instantaneous.”

This had been Lowson’s explanation all along: that Hodgson was really the guilty party.

What conclusion will the television barristers on Thursday reach?