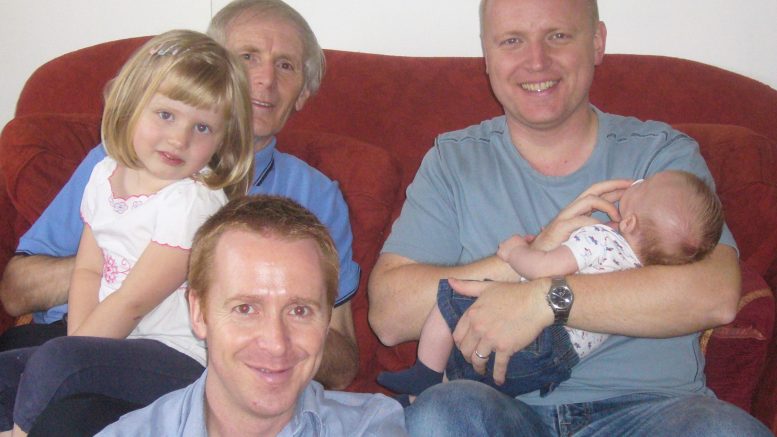 John Ernest Wilkinson, father of two and grandfather of two, died at the age of 80 on Sunday, September 20, after a long fight against prostate cancer.

John was born on the June 26, 1940 in Wylam Avenue, Darlington. He was the youngest son of Jack and Florence Wilkinson, and was born into a footballing family, with his father having played for Manchester City at the turn of the 20th Century; a tradition that both John and his brothers, Ken and Ray, continued by all going on to be successful amateur players.

John attended Harrowgate Hill Junior school and then Darlington Grammar school before leaving at the age of 15 to help support his mother Florence, who had become widowed in 1955.

On entering the world of work, he joined the Wire Mills company in Albert Hill, Darlington, as a junior office clerk and then moved to EATON Axles in Newton Aycliffe in the 1970s where he stayed as a finance officer until finally retiring in 2000.

Football was always John’s passion. He was an excellent footballer who represented Durham county at amateur level. He was offered a trial at Tottenham Hotspurs in 1955, but the death of his father prevented him from going. Instead he enjoyed extensive success playing for several Northern League teams such as Ferryhill Athletic, Whitby and Spennymoor Town, famously winning the Durham cup with the latter team in 1969.

Playing as an inside forward, he was known for being very quick, brave and two footed, scoring a myriad of goals for all the clubs he played for and proudly playing the game he loved well into his 50s with local teams such as Railway Athletic (RA) and CAS.

When not playing the game, John was a keen follower of the Quakers, Darlington football club. He would often reminisce about two games that he remembered clearly: the famous FA cup victory over Chelsea in 1958 and the FA trophy victory against Mansfield in 2011 at Wembley.

Known to many as “Wilky” he would happily and regularly stop for a chat with anybody about his three main passions, Darlington, football and his music hero, Marty Wilde.

John is survived by his two sons, Cliff and Gary, his daughter in law, Ruth, and two grandchildren, Abbie and Ethan.

A private funeral is being held. Donations in memory of John can be made to Prostate Cancer UK.