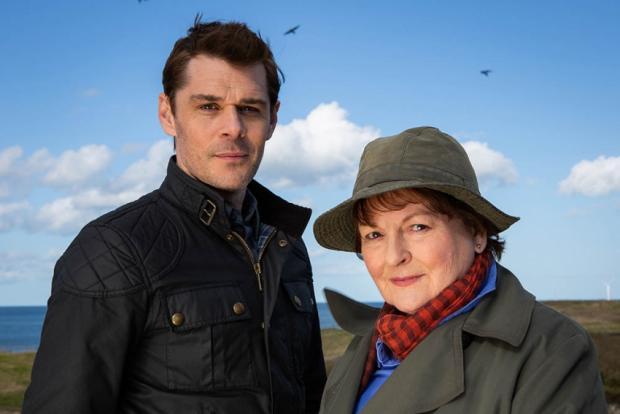 DCI Vera Stanhope was back on the case again last night with millions of viewers watching as she tried to solve another complex case in the region.

Brenda Blethyn along with Kenny Doughty and cast returned to ITV after months of anticipation as the eleventh series continued with episode three.

In the two-hour feature length serving, Blethyn returns with her infamous mac and arrives at a “Blyth container port” following the death of a security foreman.

Part of a robbery, she suspects it could be an inside job but her probe takes another turn when the deceased’s 13-year-old son goes missing.

However, in order to rescue the missing boy, she needs to find out who was behind the robbery, but not before she is taken off the case in a dramatic twist.

Read more: When DCI Vera Stanhope will return for another action packed episode on ITV

And eagled eyed viewers will have spotted a few familiar locations in last night’s show including quite a few away from the “Northumberland & City Police” patch.

A number of iconic and well-known locations across Teesside, Tyne & Wear and Northumberland had their own starring roles.

The icon features within the first 15 minutes of the show and forms the backdrop of a depot in Stockton where a lorry accused of being involved in a crime appears.

If you’ve ever passed through Washington, you will have likely spotted this housing complex, in the Sulgrave part of the town.

The cast and crew were captured filming there towards the end of last year and it featured around 30 minutes into the episode.

The largely disused Civic Centre car park in the heart of Sunderland was used as a filming location in May, last year.

It forms the backdrop of a rather dramatic scene involving a barrage of police cars and deluge of armed police.

The once-thriving and now closed, Bay Horse pub in Stamfordham, Northumberland features in the first-half of the episode.

But it does not star as a pub, instead fitted out to be an antique shop which has its own connections to the people involved in Blethyn’s investigation.

With stunning views of the region, Winlaton Vulcans RFC features with Kenny Doughty’s son seen playing with friends in front of onlookers towards the end of the show.

In a rather amusing scene, Blethyn becomes privy to a term used in DS Healy’s household calling DCI Vera Stanhope a “dinosaur.”

If you’ve been to South Shields, then you may have recognised the sweeping shot of Blethyn’s Defender making its way along Sea Road, past Colmans and into Ocean Beach.

Scenes towards the end of the episode are filmed inside the Ocean Beach Pleasure Park towards the arcade area closest to the beach.

Addressing filming concerns during Covid, Blethyn previously said: “The safety of all personnel is always at the forefront of production, and with all the extra Covid precautions in place, we will relish creating and delivering six cracking new episodes.”