A ‘HATED’ passenger tax at a North-East airport will be abolished within weeks, The Northern Echo can reveal today.

Teesside Airport’s controversial passenger facility fee, a tax levied on every passenger flying out of the airport, will be scrapped from June 1 due to ‘expanded services’ improving finances.

The tax was first introduced in 2010 by Teesside’s previous owners Peel, leading to threats from airlines and passengers to boycott the airport. It follows similar schemes introduced at a number of regional airports, including Blackpool, Newquay and Norwich.

Just days later, Ryanair announces they would be stopping their Alicante service – their only remaining route at the time.

The announcement of the facility fee being scrapped comes just 48 hours after the low-cost airline announced it was expanding its current Teesside routes – with Corfu being added to existing summer flights to Alicante and Majorca. 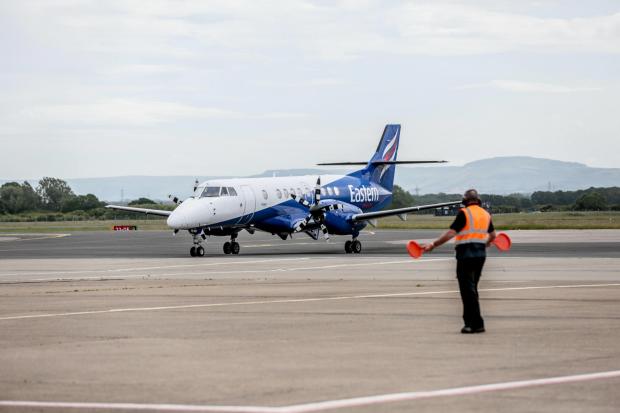 Tees Valley Mayor Ben Houchen, who pledged to abolish the controversial fee when the airport’s finances had improved, said the latest commitment from Ryanair meant passengers would be able to stop paying the tax in less than six weeks time.

He said the money lost from the passenger fee is ‘more than offset’ by the finances from the arrival of Ryanair and Loganair.

Mr Houchen said: “When I bought our airport and saved it from closure, I said I would abolish the hated passenger tax as soon as possible. And today I am pleased to be able to deliver on that promise.

“When the tax was introduced back in 2010 everyone hated it, it drove passengers to Newcastle Airport and led to airlines leaving Teesside. Exactly what supporters of our airport said would happen.

“We’re able to bin the passenger tax now because Ryanair has given our airport, and our region, another huge vote of confidence by expanding services from Teesside Airport with the new Corfu flight. This means local people from across Teesside, Darlington and Hartlepool can now fly to three of the UK’s top holiday destination, from their local airport, with Europe’s no. 1 airline.

“This support from Ryanair is matched by Loganair who have shown a long-term commitment to Teesside with an ever-growing list of domestic destinations, ideal for staycations, weekend city breaks or business travel.

“We’ve made huge progress with Teesside Airport in an incredibly short period of time, but there’s a huge amount of work still to do, so let’s not go back to square one. Let’s stick with the plan that’s working.”

On Wednesday, Ryanair announced a new route from Teesside to Corfu operating every Wednesday from July.

Ryanair’s Commercial Director, Jason McGuinness, said: “Our connections to Alicante and Palma de Mallorca are proving to be a popular choice for Teesside consumers and we’re pleased to expand the region’s connectivity with this new route to Corfu (Greece), bringing a third holiday destination for British families to enjoy this summer.” 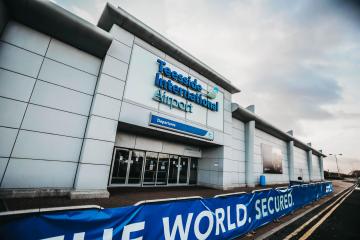 Police are increasingly concerned about the safety of a 52-year-old last seen on Friday. The Northern Echo | Teesside …

Rosalind Waugh, who has a passion for locally-grown and made jams and chutneys, scooped a coveted 2 Star award in the 2021 national Great Taste Awards The Northern Echo | Teesside …

HUNDREDS of dead crabs have been found along a Teesside beach. The Northern Echo | Teesside …

MIDDLESBROUGH Mayor Andy Preston has revealed he’s been diagnosed with ADHD in a bid to raise the profile of the condition. The Northern Echo | Teesside …