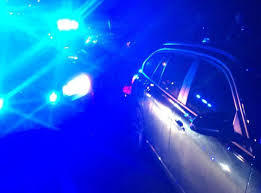 A TEENAGER could have landed a younger boy in trouble after trying to shift responsibility for driving dangerously in a police chase.

Banned driver Rickie Rowell, then 17, told police a 15-year-old passenger was driving an Audi A3 in the pursuit in the Bishop Auckland area after being arrested, on November 22, last year.

He denied dangerous driving, without insurance and while disqualified and was due to go on trial at Durham Crown Court, last month.

But in a pre-trial hearing, a week earlier, the now 18-year-old defendant changed his pleas to admit the charges.

Judge Ray Singh agreed to adjourn for preparation of a probation report on Rowell prior to sentence.

He told Rowell’s barrister, Chris Baker: “His previous response to supervision orders may not have been the best, so a lot will rest on how good that report is.

“If it’s a poor report and they feel there is nothing that can be done with him, then it will be prison.”

Mr Baker told Judge Singh: “He was given a stark warning on the last occasion and there is sufficient in the report to indicate he could be dealt with by way of a non-custodial sentence.

“He pleaded guilty in advance of the trial and not on the day of trial itself.”

Judge Singh said: “What I have in mind is that it crosses the custody threshold, but I can suspend it, by way of ordering rehabilitation activity days and a home curfew.”

The judge told Rowell he could not complain if he was given a custodial sentence.

“You took off from police at speed, drove on the wrong side of the road, across a grassed area and the manner of your driving was dangerous throughout that pursuit.”

He passed a 16-month sentence, suspended for two years and ordered Rowell to take part in 30 probation-run rehabilitation activity days.

Rowell will also be subject to a four-month 7pm to 7am home curfew.