A COMMUNITY-owned pub, that was saved by determined residents almost a decade ago, has been named as one the UK’s top four pubs. 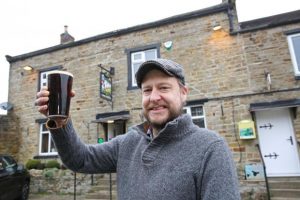 The George & Dragon pub in Hudswell, near Richmond, which was saved by residents who raised more than £200,000 in 2009, was named by the Campaign for Real Ale pressure group (CAMRA) this month.

The award-winning pub is no stranger to winning impressive titles, for the past four years it has been named CAMRA’s Yorkshire Pub of the Year, while the village of Hudswell itself was named Yorkshire Village of the Year by The Dalesman.

Police say the body of a man was found in an area near Baldoon Sands, in Acklam, Middlesbrough, today The Northern Echo | Teesside …

A MAN who sexually abused a young girl repeatedly over a period of years has been jailed for four-and-a-half years. The Northern Echo | Teesside …

A NORTH-EAST council leader has slammed a decision to place the region under Tier 3, while ‘sparing’ parts of London from the same restrictions where infection rates are high. The Northern Echo | Teesside …

THE airline Ryanair looks set to make a return to Teesside Airport – with flights for two new holiday destinations now on sale. The Northern Echo | Teesside …