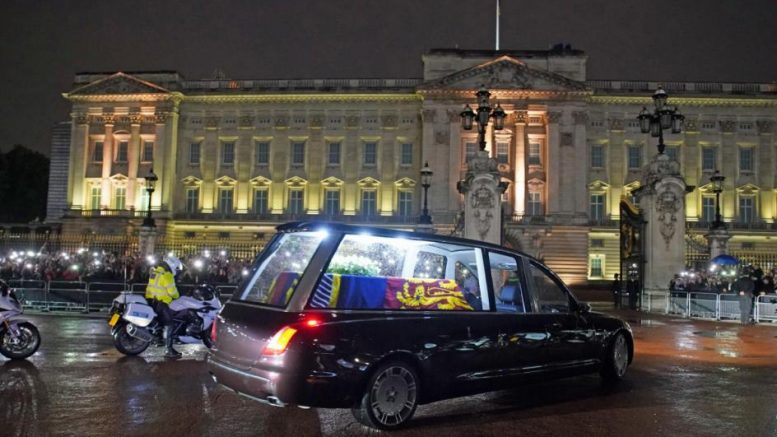 The Queen’s state funeral will be held on Monday, September 19.

Thousands are expected to line the streets of London to pay their respects, while millions more will watch the Westminster Abbey ceremony from home.

The funeral will also be broadcast across the globe as the world mourns the loss of Britain’s longest-serving monarch.

This is everything you need to know about the Queen’s funeral.

What will happen on the day of Queen Elizabeth II’s funeral?

Lying in state will continue until 6.30am. The Queen has been lying in state for “four clear days” in Westminster Hall.

Senior members of the Royal family are expected to follow behind – just like they did for the funeral of Diana, Princess of Wales and the Duke of Edinburgh.

What to expect from the Queen’s funeral?

The military will line the streets and also join the procession.

Heads of state, prime ministers and presidents, European royals and key figures from public life will be invited to gather in the Abbey, which can hold a congregation of 2,000.

The service will begin at 11am and will be televised.

Reveille, the national anthem and a lament, played by the Queen’s Piper, will bring the state funeral service to an end at approximately 12pm.

What will happen after the Queen’s funeral service?

After the service, the coffin will be taken in procession from Westminster Abbey to Wellington Arch and then travel to Windsor.

Once in Windsor, the hearse will then travel in a procession to St George’s Chapel in Windsor Castle via the Long Walk.

Following this, a televised committal service will take place in St George’s Chapel at 4pm.

At 7pm, there will be a private interment service with senior members of the royal family.

The Queen’s final resting place will be the King George VI memorial chapel, an annex to the main chapel – where her mother and father were buried, along with the ashes of her sister, Princess Margaret.

Prince Philip’s coffin will move from the Royal Vault to the memorial chapel to join the Queen’s.

How to watch the Queen’s funeral?

Will the Queen’s funeral be televised?

The Queen’s funeral will be broadcast live on BBC One, BBC News, and be available on BBC iPlayer.

BBC coverage will begin at 8am.

It will also be shown on Sky News and can be watched on its website and YouTube Channels.

Tube stations to close for the Queen’s funeral

Three tube stations in central London will be shut on the morning of the Queen’s funeral, TfL (Transport for London) has announced.

This action is being taken to prevent overcrowding on the tube network, with a huge number of people expected in the capital to pay respect to the late monarch.

Passengers will be prevented from starting or ending journeys at St James’s Park, Hyde Park Corner and Westminster for “most of the morning” on Monday.

TfL has said it will aim to reopen stations at around noon, at which time the funeral at Westminster Abbey may be close to finishing.

Will schools close for the Queen’s funeral?

Schools will be closed on the day of the Queen’s funeral. This will allow youngsters to watch the televised service and pay their respects, Government sources have revealed.