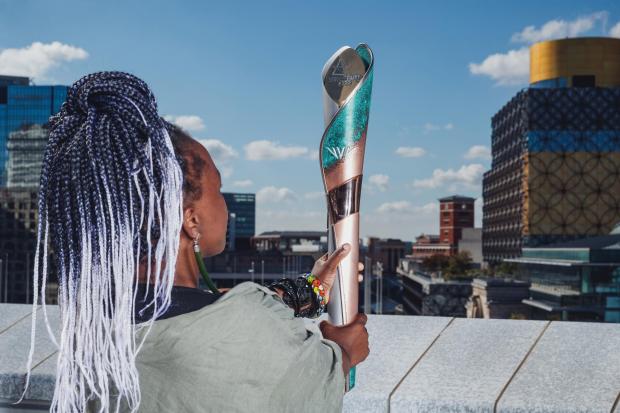 NORTH East residents are being encouraged to line the streets to welcome the 2022 Queen’s Baton Relay which will visit the region this summer.

The baton will spending four days travelling across London over the Queen’s Platinum Jubilee Weekend, before embarking on a 25-day tour of the regions from July 4.

Read more: The B&B in our region that’s ranked best in the WORLD by Tripadvisor reviewers

And following today’s (Wednesday, May 11) route announcement, it has been confirmed that Saltburn, Redcar, Middlesbrough, Stockton, Darlington, Durham, Seaham, and Sunderland will welcome the baton on July 14.

This will be followed by followed by South Shields, Whitley Bay, Blyth, Alnwick, Gateshead, and Newcastle-upon-Tyne on July 15.

A busy schedule of events are planned for the occasion and highlights across the will see the baton travel by speedboat in Stockton, visit skateboarders in Whitley Bay, be abseiled from a wind turbine in the Port of Blyth, as well as visiting the Angel of the North.

The relay in Sunderland will skirt around St Peter’s Church in Monkwearmouth before heading along the seafront before the day ends with a celebration event at Cliffe Park.

The Queen’s Baton Relay is travelling across the Commonwealth

Councillor Heather Scott, leader of the Darlington Borough Council, said: “We are delighted to welcome the Queen’s Baton Relay to Darlington.

“This is an incredibly exciting and memorable year not just for the Commonwealth Games, but also for the Queen’s Jubilee, and to play a part in this is amazing.

“We look forward to celebrating our wonderful communities and bringing people together to enjoy the events and activities we have planned.”

Councillor Graeme Miller, Sunderland City Council leader, said: “We are delighted that Sunderland has been chosen to be part of the epic journey the Queen’s Baton Relay is making across all 72 nations and territories of the Commonwealth in the run up to the Commonwealth Games in Birmingham this summer.

“We are very much looking forward to hosting the relay and the inspirational community batonbearers taking part in its journey through our city on Thursday  July 14.

“I hope people will turn out in force to give it a warm Sunderland welcome.”

On its South Tyneside leg the following day, the baton will enter the borough via Whitburn, heading north along The Leas to the New Crown Roundabout, where residents will be encouraged to line the route along Sea Road to Harbour Drive North at Littlehaven, South Shields.

Read more: Woman in her 40s dies after falling from fourth storey of a building

Cllr Joan Atkinson, deputy leader of South Tyneside Council said: “We are incredibly honoured and excited that South Tyneside has been selected to play a key part in the Queen’s Baton Relay through the region this summer.

“The Queen’s Baton Relay is a tradition that celebrates, connects and excites communities across the Commonwealth during the build up to the Games, which is such an amazing event itself.

“We look forward to embracing the arrival of the Baton as it makes its way along our stunning coastline.”

The baton will be carried through England by thousands of batonbearers, each with inspiring stories, including those who have been nominated for their contribution to their local community.

One of those chosen for the North East stage is Ann Walsh, from East Boldon.

She was nominated by South Tyneside Council for raising hundreds of thousands of pounds for Cancer Research UK and organising the annual Relay for Life at Jarrow’s Monkton Stadium.

Ann said: “When I found out I had actually been selected I couldn’t believe it.

“It’s a huge honour and privilege to have been chosen to represent the area on such an important occasion.”

The Birmingham 2022 Queen’s Baton Relay began at Buckingham Palace on October 7, 2021, when The Queen placed Her Message to the Commonwealth into the Baton and passed it to four-time Paralympic gold medallist Kadeena Cox – the first of thousands of batonbearers to carry it.

Since then, the baton has visited Commonwealth nations and territories in Europe, Africa and Oceania.

It still has further destinations in the Caribbean, the Americas and more countries in Europe, including the Home Nations in Scotland, Northern Ireland and Wales, where it will finish on July 3 before returning to England for the final countdown to the Commonwealth Games.

Throughout the relay, More than 180 locations in England will host the baton on its worldwide route spanning 2,500 miles.