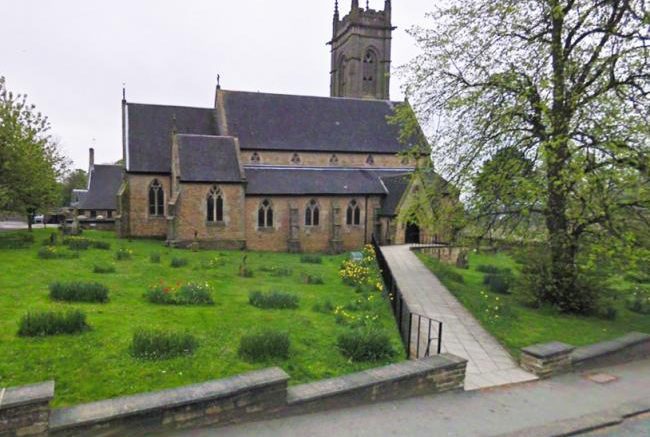 A DATE has been set for the trial of a Roman Catholic priest facing an historic rape allegation.

John Anthony Clohosey, 71, is accused of carrying out the attack on a woman, on or about January 1, 1986, in Gateshead.

Father Clohosey was presiding over the parish of Our Lady Immaculate and St Cuthbert’s RC Church, in Crook, County Durham, until his suspension from duties last September, after the allegations were made and while they were being investigated by Northumbria Police.

The Roman Catholic diocese of Hexham and Newcastle said it was cooperating with Northumbria Police to assist with their investigation at the time.

Parishioners were informed of the development in a special service by Bishop Robert Byrne, the Bishop of Hexham and Newcastle, but were not told of the reasons.

Fr Clohosey had been at the Crook parish, with responsibilities also for Roman Catholic churches in Wolsingham and Tow Law, for two years at the time.

Father Nick Jennings was appointed as acting administrator for all three parishes in Fr Clohosey’s absence.

The defendant appeared, wearing a face mask, at a South Tyneside Magistrates’ Court hearing last month, when the case was sent to Newcastle Crown Court.

But Fr Clohosey was excused attendance by Judge Edward Bindloss at today’s plea and case management hearing at Newcastle on health grounds, given his age and due to the distance he would have had to travel, as his bail address is at a Roman Catholic priory at Muston, near Filey, in North Yorkshire.

His barrister, Robin Patton, told today’s hearing Fr Clohosey has recently had a pacemaker fitted, but said he appeared in “reasonable health” when he conducted a recent case conference with his client, via the Zoom platform.

Mr Patton indicated a not guilty plea to the rape charge on behalf of Fr Clohosey.

A time-table was then agreed for submission of evidence and defence statement, with a three-day trial scheduled to start at the court, on May 17, next year.

It was agreed that the complainant’s recorded police statement can be used at the trial.

The defendant was advised he should turn up for his trial but his bail was extended until then, by Judge Bindloss.

DCI Vera Stanhope was back on the case again last night with millions of viewers watching as she tried to solve another case in the region. The Northern Echo | What’s On …

Here is the list of new Netflix releases in January including TV shows, Netflix originals, films and documentaries.  The Northern Echo | What’s On …

Oti Mabuse will replace John Barrowman after ITV confirmed earlier this year that he would not be returning as a judge on the hit show. The Northern Echo | What’s On …

Strictly’s AJ Odudu addresses romance rumours with partner Kai Widdrington as she opens up about how the BBC show has left her feeling “completely liberated”. The Northern Echo | What’s On …

The Lion, the Witch and the Wardrobe is on show at Sunderland’s Empire Theatre until Saturday The Northern Echo | What’s On …