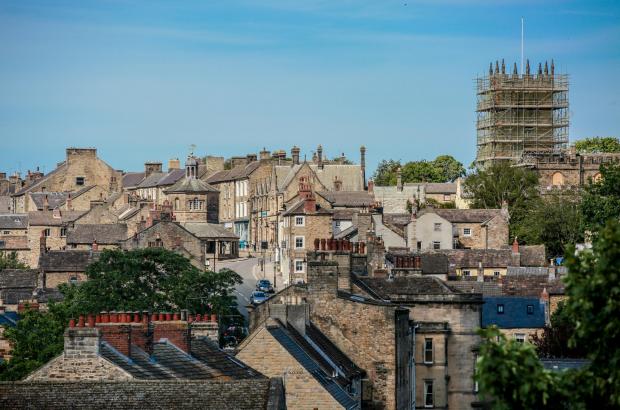 Boris Johnson is facing calls to “set the record straight” and prove his chief aide Dominic Cummings did not make a second trip to Durham during the lockdown.

Labour’s deputy leader Angela Rayner called on Downing Street to publish the evidence the adviser says he has to show he did not make the additional journey during the peak of the coronavirus crisis.

Dave and Clare Edwards, a couple who say they saw Mr Cummings walking in Houghall Woods on April 19, the weekend after he had returned to work in London, have criticised Durham police’s investigation into the adviser.

They have filed an official complaint to the police watchdog, the Guardian and the Mirror reported.

Mr Cummings told an extraordinary Downing Street press conference in May that photos and data on his phone prove the allegation about the second trip was false.

Ms Rayner said: “The public have a right to know whether the Prime Minister’s chief adviser made a second lockdown-breaching trip to Durham, and it is surely therefore only right that this evidence is produced.

“If Dominic Cummings was in London during both the morning and afternoon of the April 19, and not in Durham as has been alleged, I’m sure that he the Prime Minister will welcome this opportunity to set the record straight.”

Durham Constabulary ultimately said they would not take “retrospective action” despite finding that the Prime Minister’s aide may have made a “minor breach” of lockdown laws by making a trip to the North East with his family earlier in April.

This included a visit to Barnard Castle on Easter Sunday which he said he used to assess his fitness to drive back to London the next day, following his recovery from illness.

However, Mr and Mrs Edwards have since put in a subject access request in order to determine exactly how their complaint was followed up.

A spokeswoman for the Independent Office for Police Conduct (IOPC) said: “In accordance with the police complaints procedure, we have forwarded a complaint to Durham Constabulary.

“It will now be a matter for the force to determine the next steps, including whether this complaint merits referral to the IOPC.”

The new allegation follows publication of research which said Mr Cummings’ trip to Durham while suffering from coronavirus drastically undermined public trust in the Government’s handling of the pandemic.

The analysis, published in The Lancet and carried out by University College London, found that his actions reduced people’s willingness to follow social-distancing rules.

AN expanding North-East education trust says it has been “strengthened and enriched” after adding a high-performing school to its portfolio. The Northern Echo | Teesside …

MURDER detectives say a former Darlington man whose body was found in woodland this week may have been killed several weeks ago. The Northern Echo | Teesside …

A COUPLE have been applauded by the Prime Minister for raising nearly £400,000 through their charity efforts. The Northern Echo | Teesside …

Police are appealing for help in tracing a teenager who has gone missing from his home in Stockton. The Northern Echo | Teesside …

A TOP health official says a Teesside trust has a “long way to go” to upgrade facilities and recover from years of cash struggles. The Northern Echo | Teesside …