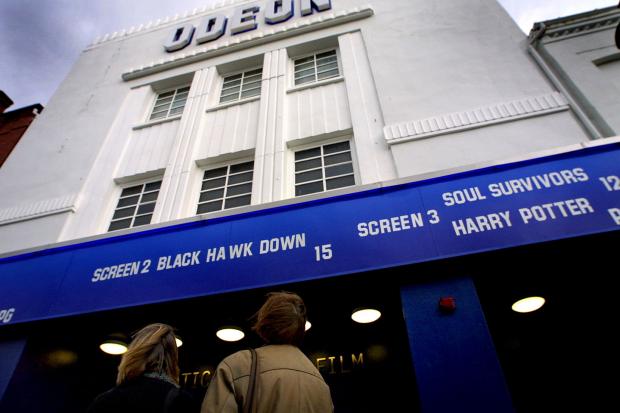 Darlington is losing an historic cinema this week as the Odeon Luxe on Northgate closes for the final time.

The cinema has been showing the latest films to movie fans for the last 84 years but welcomed its final customers through the doors on Thursday (June 30) evening.

It was first opened in December 1938 as The Regal cinema at a cost of £50,000 and ran as the ABC, the Canon and MGM before being taken over by Odeon.

Now The Northern Echo has taken a look through the archives at the iconic venue over the years.

See our pictures below:

In December 2002 The Echo met Projectionist Stan Glendenning who had shown more than 5,000 films during his 25 years at the cinema. Picture: SARAH CALDECOTT

July 2007: Falconer Emily Albury with Hedwig the owl at The Odeon Cinema ahead of the release of Harry Potter and the Order of the Phoenix. Picture: RICHARD DOUGHTY

May 2008: Cinema manager Alec Knight among the posters and memorabilia the cinema was auctioning off for the NSPCC. Picture: CHRIS BOOTH

Schoolchildren meet the MegaMotion mascots at the launch event at the Odeon Cinema. With them are presenter David Cooper from Histrionics (acting group), centre and Coun David Lyonette, back, cabinet member for transport, Darlington Council. Picture: ANDY LAMB

The cinema in 2017. Picture: CHRIS BOOTH