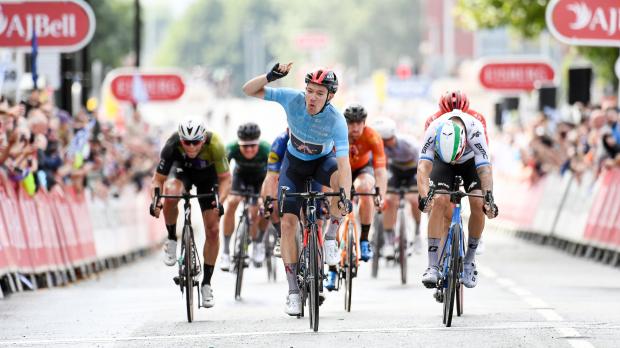 A MAJOR cycling race is coming to the region this summer as the North East and North Yorkshire will host legs of the 2022 Tour of Britain cycle race.

Thousands are expected to flock to the region as stages three and four of the race will visit locations including Sunderland, Redcar and North Yorkshire across two days on September 6 and 7.

The race will also be beamed to a global audience along with live coverage on ITV4 set to showcase the region in all its glory.

Organisers have not confirmed specific location details or the race route yet, but have confirmed that the North East and North Yorkshire are ‘host regions’.

It comes more than a decade after the race last ran through North Yorkshire in 2009, when York welcomed the opening day’s finish, and before that in 2008 when Dalby Forest near Scarborough hosted a stage finish.

And while a new location to the modern race, Sunderland has recent experience welcoming cycling events, having hosted a round of the Tour Series domestic racing event last year.

“The route the race will take within the county is currently being finalised to provide a thrilling ride while maximising opportunities for people to enjoy the race.

“As soon as the details are announced, I’m sure our communities will want to begin planning how they will welcome and celebrate the event and cycling fans across the county and beyond will be able to plan how they will watch.

“We will work closely with our partners and, with experience gathered through the management of major races over the best part of a decade, will play our part in ensuring the event runs smoothly to guarantee maximum enjoyment and minimum disruption to everyday life.”

Mick Bennett, Tour of Britain race director, said: “Announcing the locations of the Tour of Britain stages is always a day I look forward to greatly, as I know how much people want to watch the race from their own doorsteps.

“The 2022 race is shaping up to be another unforgettable edition of the race, particularly since we’re mixing familiar regions, with new areas, places we’ve never fully explored and those we’ve been unable to visit for many years.

“Hopefully today’s announcement whets the appetite while we finalise the routes of the eight stages – rest assured we’ve got some more surprises to come.”

Brian Facer, British Cycling chief executive, added: “I’m really excited to see the regions which will be hosting the Tour of Britain later this year.

Cycling fans clamour to get close to the racers Picture: NYCC

“The race will go through both existing heartlands of the sport, along with other areas of the country which will give us the opportunity to introduce cycle sport and British Cycling to new people of all ages.

“Meanwhile those regions, from the north of Scotland to the Isle of Wight, will have a showcase which will be watched by a global TV audience.

“Over the last few years the Tour of Britain has become one of the world’s leading races, with global superstars coming to compete in our country.

“It has also given our up-and-coming young British riders the opportunity to test themselves against the best. 2022 will be no different, and it will be a brilliant eight days of racing in September.”

ITV4 will continue to broadcast live flag-to-flag coverage of every stage, as well as a nightly highlights show, allowing fans in the UK to watch wherever they are.

The race will also be shown in over 150 countries worldwide, in part thanks to the event’s partnerships with Eurosport and the Global Cycling Network.

A roadside crowd of over one million spectators resulted in the Tour of Britain generating £29.96m of net economic benefit for the UK economy, according to research by Frontline.