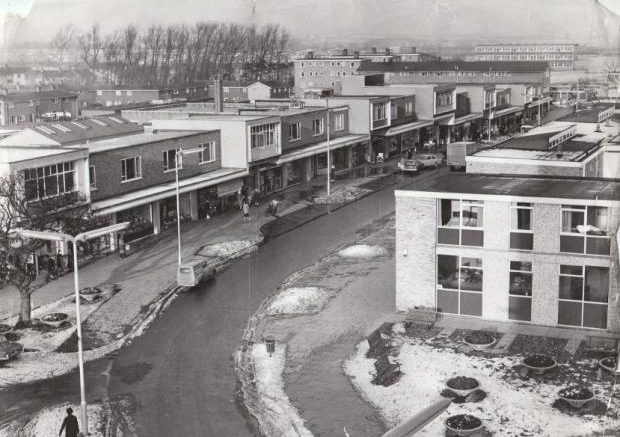 ON our website feature a story about a former geologist who has swapped exploring for oil and gas for exploring history to write a book about the development of his home town of Newton Aycliffe.

The story prompted us to take a quick look through our archives and we found some great photographs.

If you have any photographs of Newton Aycliffe town centre, or indeed of any events in the town, and you would like to share them with Echo readers, then please email jo.kelly@newsquest.co.uk

The centre of Newton Aycliffe in the early 1960s, from the clocktower, before pedestrianisation

No Aycliffe ‘trip down memory lane’ would be complete without a photo of the Blue Bridge. This was taken before its completion in about 1955. Thanks to Great Aycliffe Town Council for this photo

The Blue Bridge on St Cuthbert’s Way in February 1981, before it had the coats of arms applied to it

General view of the site of Hitachi train factory in Newton Aycliffe in May 2013. How different this view looks today

Billy and Lucy Llewellyn greet the Queen at their Newton Aycliffe home during the royal visit in 1960. Do you know Mr and Mrs Llewellyn? You might even recognise someone in this picture. Do you have any pictures from the royal visit?

The Travellers’ Rest pub, on the Great North Road at Newton Aycliffe, was demolished in the 1950s to widen the A167

In Our Image is put into place on Newton Aycliffe Business Park in June 2009. It’s amazing to thinks this sculpture has been in place for 11 years

In November 2002, members of Lakeside Football Club in Newton Aycliffe stripped for a new calendar to raise money for Children in Need. Recognise any of these calendar men? Are you one of the team who was involved?

A photograph we think was taken in the 1960s captioned Simpasture Post Office, in Newton Aycliffe. Does this picture bring back any memories for you?

The Queen inspects the 6th Battalion Guard of Honour, Newton Aycliffe, in 1960