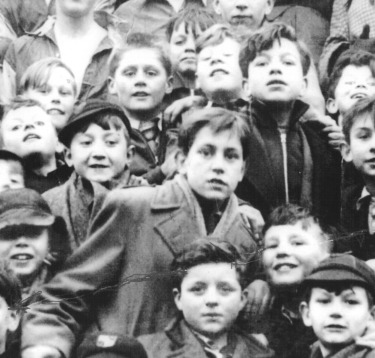 THIS photograph has caused lot of argument and debate amongst our readers.

Sports nostalgia writer John Phelan has had numerous phone calls about it. Alan Barker responded in the newspaper on Friday, August 28. Again in last Friday’s edition of the Echo Alan Wilkinson sent a team sheet from a match programme.

Alan Wilkinson and Dick Longstaff are both probably right when they say that it is a Bishop Auckland Boys District team from 1955.

Both John Phelan and Alan Barker thought the big dark-haired lad at the back, in the centre of the photograph, was Michael Barker.

However, Dick Longstaff says it is a lad called Colin Allison. Gordon Bryan, who was the son of Ray Bryan, the North Bitchburn cricketer and Amateur Cup winner with Bishop Auckland, is on Colin’s right in the back row.

Harry Ellison spotted himself in the second row from the front, the boy in the cap who has another boy’s hand on his shoulder.

Behind Harry and to his right is Michael Ellison. In the second row at the front and second from the left is Peter Litthgo while Teddy Briddick could be the boy in the fourth row from the front at the far right with a cap on. John Fenwick is second from the left in the sixth row front from the front. Other boys noted by Harry were Harry Richardson, Lawrence Robinson, Tommy Stephenson and Ray Stephenson, while other readers spotted Eric Lax, Walter Bramald and John Sewell.

Girls named include Maureen Weighill, Pauline Spence and a girl called Saunders, whose first name we do not know.

We would also like to thank Alan and Brenda Barker for their memories of Michael Barker, who was a class full back who played with the best at Kingsway, but just missed the Wembley era.