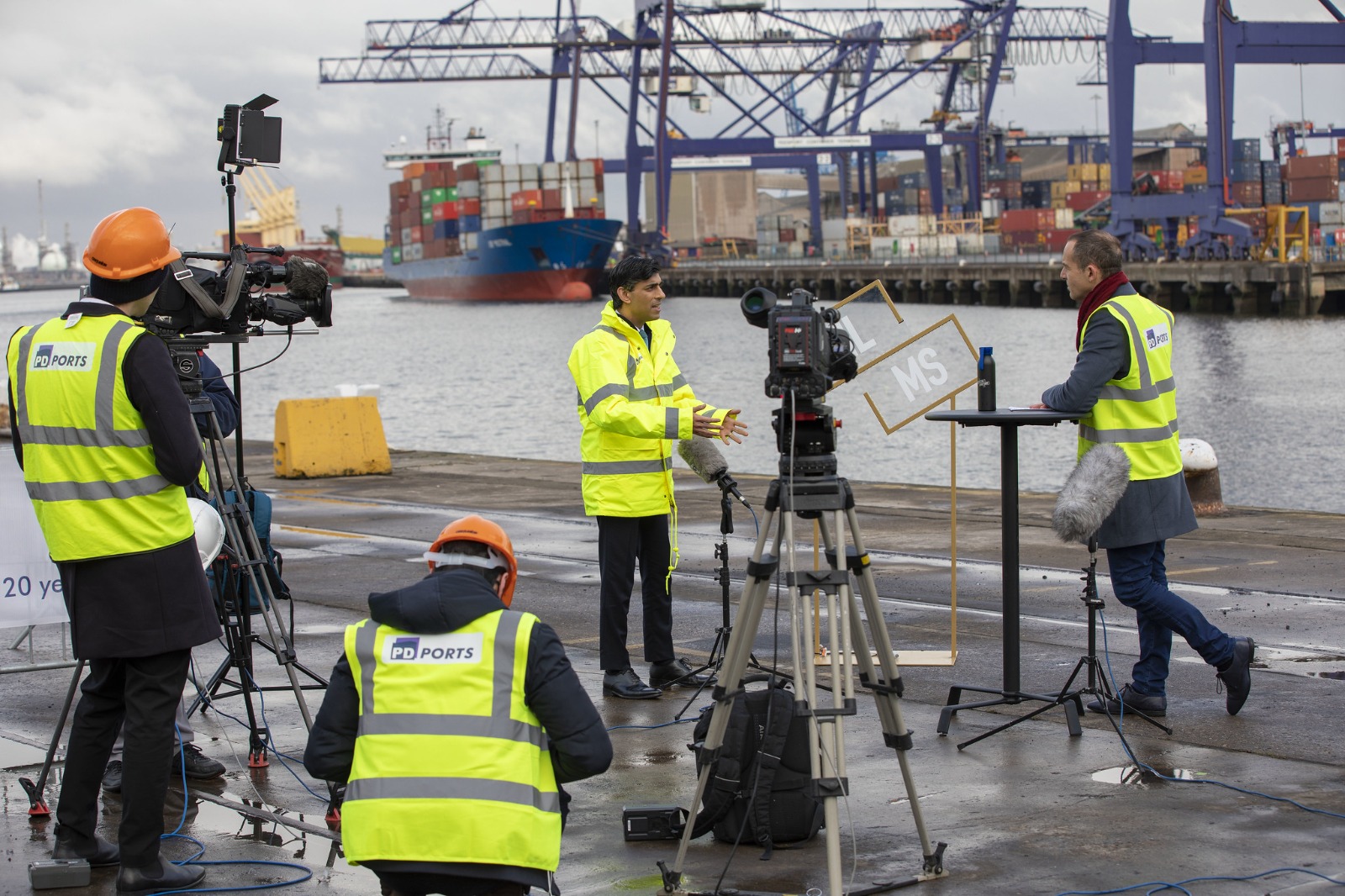 MONEY expert Martin Lewis has presented a special live show from Teesside tonight, where he grilled Chancellor Rishi Sunak about his budget and the plans for the region.

The Martin Lewis Money Show: Live was on ITV at 8.30pm.

Popcorn at the ready. It’s what we’ve all been waiting for!

Tonight @Martinslewis puts your Q’s to Chancellor @RishiSunak in a budget busting interview like never before!💼💰
@Angellicabell is on hand with all your live reactions

Martin Lewis spoke to the Chancellor on Teesport and covered a range of topics that his followers have been asking him about – including tax thresholds; those excluded from self-emplyment grants, furlough and benefits; universal credit; and stamp duty and mortgage prisons.

Yesterday, Chancellor Rishi Sunak announced the town would be the new home of the Treasury North campus, where 750 jobs will be relocated, as well as a free port in Teesside.

-I’m interviewing Chancellor. Got a Q you want me to ask send a single tweet reply, using #MartinAndRishi & pls incl why its relevant to you

-Got a practical money Q for me, pls tweet reply using #MartinLewis

A FATHER has dedicated his new sweetshop to his children by naming it after them. The Northern Echo | Teesside …

A NORTH East retail park is recognising one of its longest-serving colleagues, by giving her a permanent spot and naming an area of the centre after her. The Northern Echo | Teesside …

A COKED-up takeaway driver left a pensioner with life changing injuries when he smashed into him whilst speeding in his unsafe van. The Northern Echo | Teesside …

Pte Jethro Watson-Pickering, from Boosbeck, died on Friday after being deployed on exercise on Salisbury Plain The Northern Echo | Teesside …