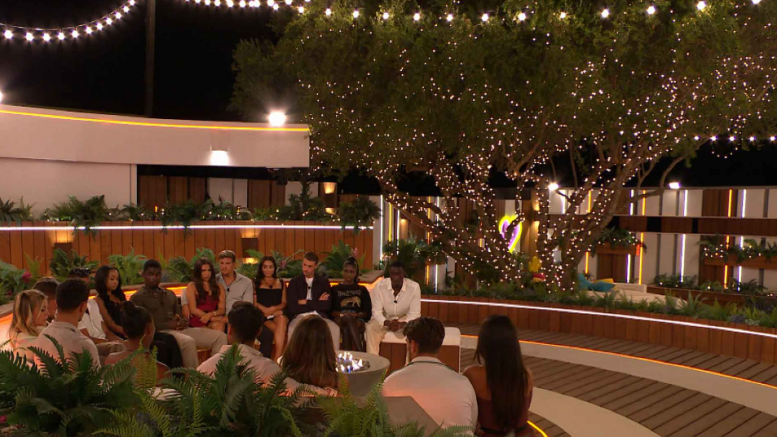 As Casa Amor and the main villa have come back together, there has been no shortage of drama, fallouts and revealing stories as they find out what each other has been up to.

Friday’s episode saw Andrew and Tasha finally cut ties as Coco revealed just how dishonest he had been.

On tonight’s episode, Jacques and Dami try to make amends with Paige and Indiyah, and Danica and Josh try and rekindle their spark as they find out viewers have been voting.

Following the fallout from the night before, Tasha decides to give Andrew’s ring back.

Going over to the boys in the morning, she gives the ring to Luca, saying: “I don’t want to give it back to him.”

Later Andrew pulls Tasha for a chat to apologise for not telling her the whole truth about what happened with Coco.

Dami asks to speak with Indiyah to express how he is feeling.

“It’s incomparable to what I feel we have. I feel like it is with you, and if it’s not gonna be with you it is what it is but I don’t feel like anyone else could come in and they’ll change the way I feel about you.”

But how will she respond?

Jacques is on a mission to get back in Paige’s good books after Casa Amor and makes a plan to write her a note for her to find in bed.

Using lipstick, he writes ‘Miss you honey bunz xx’ on a piece of kitchen roll and hides it in her be for her to find.

Once Paige finds the note, Jacques tells her: “I’ve literally wanted to tell you all day that I’ve been missing you.”

But will it be enough?

Josh and Danica lose their spark

Josh pulls Danica for a chat and lets her know where his head is at.

Explaining how he’s feeling he admits: “It’s just a tricky one for me, because I don’t know whether that spark for it to go to the next level is there at this present moment.”

Danica responds: “I think for me, in Casa, I definitely thought there was something there. I feel like the momentum was lost when we came here, which I’m not gonna lie is upsetting because I really do think we matched quite well and we were actually getting on in Casa.”

She asks him: “What do you want moving forwards?”

Who is at risk of being dumped?

That night, Ekin-Su receives a text which reads: “Can all Islanders gather around the firepit immediately.”

The Islanders are then told that the public have been voting for their favourite couple, and those Islanders with the fewest votes will be at risk of being dumped from the Island.

As the Islanders await the news, who will be safe? And who is at risk?

Love Island continues tonight at 9pm on ITV2 and ITV Hub. Episodes are available the following morning on BritBox.