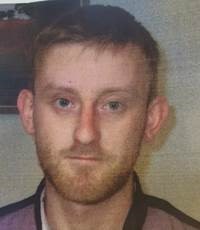 POLICE are concerned for the welfare of a missing man, ten days after he left an address in Darlington.

The last known sighting of Michael Petty was on Thursday July 16, at 7.25am, when he left his accommodation in the town.

Durham Police said there is “some suggestion” Mr Petty may be in the Scarborough area of North Yorkshire, having contacted his family from a telephone kiosk in the St Thomas Street area of the seaside town, on Tuesday July 21.

He is also said to have links elsewhere in North Yorkshire, as well as in Lancashire and Wales.

Mr Petty is described as a white male, 5ft 5in of small build, with short ginger hair.

When last seen he was wearing seen wearing a grey long-sleeved shirt with a collar, blue denim jeans and white/grey trainer-style shoes.

Anyone with information over his whereabouts is asked to contact police, using the 101 number.

Officers have also urged Mr Petty to contact the force using that number, should he be aware of the appeal.