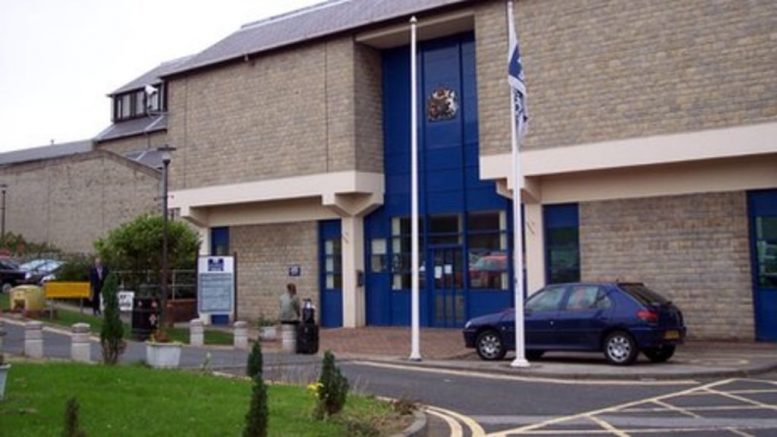 A RECENTLY admitted inmate was found in possession of a quantity of cannabis which he had secreted in his anus when prison officers carried out a cell search.

Durham Crown Court heard Kevin Howe was suspected of taking the drugs with him on admission to the city’s jail days earlier, but the defence claim he was, “prevailed upon”, to safeguard them by another inmate.

Shaun Dodds, prosecuting, said although the basis put forward is not accepted, it may make no difference to the outcome and so he was happy to proceed to sentence.

Mr Dodds said Howe was admitted to the prison on February 28, last year, and on March 3 prison officers entered his cell to carry out a search.

Howe, found on the toilet, told the officers: “I know what you are here for boss”.

A concealed package containing 46.5g of cannabis was recovered along with a smaller package of 17.8g, which Mr Dodds said in the higher prison values for drugs, compared to ‘outside’, were worth about £7,000 in total.

The court heard Howe’s previous convictions include drug-related offences, having served a four-year sentence, imposed in 2010, for possessing with intent to supply.

More recently he was sentenced to three years for burglary, in 2016.

Mr Dodds added: “The Crown would say, here, he played a ‘significant role’ and in a prison environment.

Vic Laffey, mitigating, said: “He never accepted taking the drugs into prison. He was prevailed upon by another inmate to look after the drugs when he arrived in prison.

“The statement of the officers say it’s a rather unsavoury way, but a way many inmates choose to get drugs.

“It became extremely uncomfortable and he was taking the drugs out when the officers arrived in the room.

“He was to receive some cannabis for use himself.”

Mr Laffey added: “Although he has a large number of previous convictions, in terms of significant drug offences, the last was ten years ago.

“He has a job waiting for him, when he gets out.”

The court heard Howe is now serving another sentence which runs out at the end of the month.

Judge Ray Singh told Howe: “Within a matter of days of being sentenced to prison you were assisting another, there, to supply cannabis within that environment.

“Drugs in prison carry a premium due to availability and scarcity and there is significant financial incentive to those who are planning to supply.

“You said you were keeping them safe for someone else and that makes you part of the supply chain.

“There was going to be some financial incentive for yourself.”

He imposed a 15-month prison sentence, reduced by a third, to ten months, because of Howe’s prompt guilty plea.