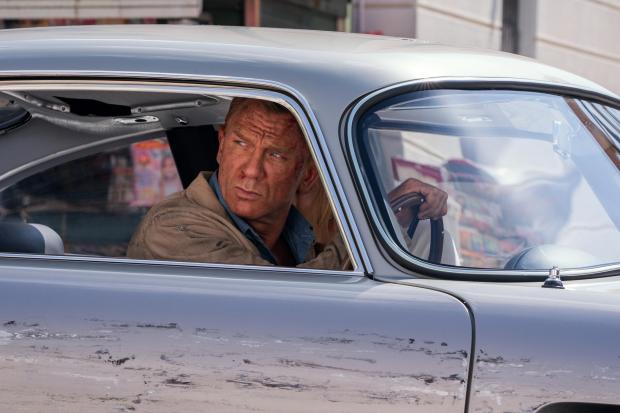 Every single James Bond film, including No Time to Die, will be making their streaming service debut later this month.

Despite the numerous streaming services that now exist, such as Amazon Prime Video, Netflix, Apple TV+, Disney+, HBO Max, and more, the Bond films have never been available to watch with a subscription.

However, at the end of this week that will change as all of them will be arriving on Prime Video on Friday, April 15.

This is with the caveat that they will only be on the platform for a short period of time, as they are not scheduled to be on the service indefinitely.

The reason for the films coming onto Prime Video is because Amazon purchased the parent company holding the rights to the 007 franchise, MGM.

Daniel Craig in No Time to Die (PA)

Following the deal, more than 4,000 films and 17,000 TV episodes distributed by MGM will be available to stream.

Mike Hopkins, senior vice president of Prime Video and Amazon Studios, speaking on the deal said: “MGM has a nearly century-long legacy of producing exceptional entertainment, and we share their commitment to delivering a broad slate of original films and television shows to a global audience.

“We welcome MGM employees, creators, and talent to Prime Video and Amazon Studios, and we look forward to working together to create even more opportunities to deliver quality storytelling to our customers.”

If you want to sign up for Prime Video to watch all the Bond films, then you can go to their website here.