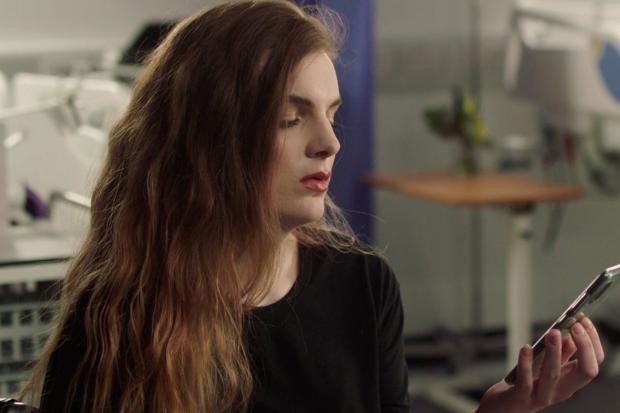 A 22-YEAR-OLD student with disability has used her own experiences to team up with an award-winning North East film company and helped produce a new gritty TV drama.

Laura Northmore, from Gateshead, who is studying a Media Production degree, helped write part of Try Life’s latest film ‘Jessica’s Story’ – a gripping broadcast piece that tackles teenage pregnancy and how disabled people can be excluded from vital public health.

The University of Sunderland student, who uses a wheelchair, also plays the role of disabled mum-to-be Nikki in the film, a character she created during a workshop with Trylife that was held at the University back in October 2019.

Laura said: “I was really enthusiastic about the idea of one of these characters being disabled, so I pitched the idea.

“Then the pandemic hit so I didn’t think anything of it, but in October last year, TryLife offered me a pre-production placement where I could learn about script-writing, character development and said I could get involved in anything I liked.

“I was absolutely ecstatic. We worked online and over Teams, as we were all in lockdown.

“Then a week before filming started in February this year, they told me they hadn’t found anybody right for the role of Nikki and as I came up with the character, the part is mine if I want it.”

After being a fit and healthy child, Laura became disabled when she was 11 years old and has since been diagnosed with multiple complex health conditions, including Chronic Fatigue Syndrome.

Even though Laura admits she felt nervous about pitching the idea of a disabled character at first, she believes it is vital to have disability represented on screen.

She now hopes that this will inspire more disabled characters at all levels of broadcast, and wants to continue developing people with disability in her own work.

Laura added: “It was amazing to be able to get disability representation out there, especially a disabled mother, both of which we never see enough of on TV or in film.

“I love my character Nikki and her passionate rants on ableism, she takes absolutely no prisoners.

“I’m so pleased that an actual disabled person got to play a disabled role, as I feel there is a huge issue in the industry with able-bodied actors playing disabled characters.”

Laura has been in a wheelchair since the age of 11, and hopes to inspire more disabled characters in film and TV. Photograph: TryLife.

TryLife has a track record of producing hard-hitting broadcast pieces.

Since the production company was set up in 2012, it has explored themes of mental health, sexual exploitation, knife crime, drug use, loneliness, poverty and violence.

At key moments in the films, the action is paused, so the audience can decide the outcome.

TryLife founder Paul Irwin, from North Shields, was himself a teenage parent and later a youth worker – meaning that he can identify with the ‘Jessica’s Story’ narrative.

He said: “I know first-hand how difficult it is to be a young parent and I also know at that age if I’d been told to do something I wouldn’t have listened.

“That’s why our films give young people the opportunity to explore for themselves and experiment in a safe environment, letting them see the consequences of their choices.

“It is important young people are given the opportunity to learn for themselves and that’s what TryLife is all about.

“We also signpost the user to other information sites for any issue they encounter so they can get the advice they need.”