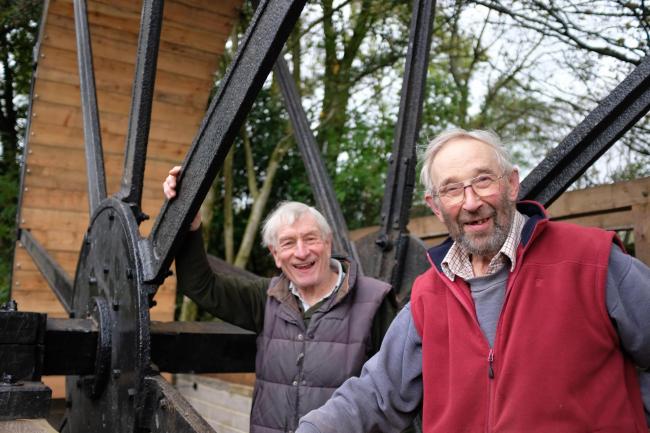 A UNIQUE piece of industrial heritage has been painstakingly put back together at a Dales museum marking it’s 40th anniversary. 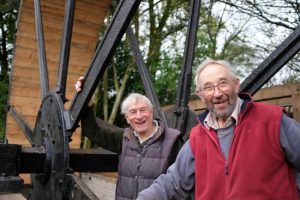 The Old Providence Mine ore crusher rescued from Dowber Gill arrived in bits at the Dales Countryside Museum, in Hawes, three years ago and has been pieced back together by volunteers.

They’ve spent 870 hours returning it to its former glory so it is now the most complete water wheel and double roller ore crusher in the country. It was one of 860 objects given to the museum when the Yorkshire Dales Mining Museum closed in 2015.

Volunteer Dave Carlisle, a long-time member of the Earby Mines Research Group which saved the crusher in 1971 said: “We’ve re-constructed it from what looked like a pile of scrap; it had been demolished in a hurry. It took 18 months just to lay out all the pieces and do the painting and rust proofing to get ready for assembly.

“It feels great to see it up. There are plenty of old water wheels running, but this is the only ore crusher remaining in the Dales. In fact there is nothing like this in the North of England, it’s unique. It’s just a pity it’s not a whole wheel. By the time it was rescued in the seventies half had been taken away for scrap or washed down the beck.”

The project is the latest to mark the museums 40th year, which has also included a new textile gallery.

Be the first to comment on "Dales crusher restored for museum"

Why isn’t Love Island on tonight? Here’s how you can watch Love Island: Unseen Bits on ITV2 instead. The Northern Echo | What’s On …

Friday’s episode saw Andrew and Tasha finally cut ties as Coco revealed just how dishonest he had been. The Northern Echo | What’s On …

Darlington is losing an historic cinema this week as the Odeon Luxe on Northgate closes for the final time. The Northern Echo | What’s On …