A NORTH East police force has been cleared of any wrongdoing in the way it handled allegations of racism and bullying made by a former officer.

The Independent Office for Police Conduct (IOPC) has concluded the second of three investigations as part of Operation Forbes – looking at allegations of corruption and discrimination at Cleveland Police.

The latest completed investigation looked at complaints made about how Cleveland Police carried out an Equality Review in 2011 looking for evidence of institutional racism in the force.

A leak of that report’s existence was one of the key factors in the force using Regulation of Investigatory Powers Act (RIPA) powers to target two reporters from The Northern Echo, serving and former officers and a solicitor.

Former Chief Constable Jacqui Cheer was in charge of the force at the time of the leak of information.

The racism and bullying complaints were initially investigated by the Metropolitan Police Service (MPS) and the findings were appealed against by the complainant.

The former officer had alleged that the scope of the Equality Review was deliberately changed to hide discrimination within the force and that Cleveland Police’s then Chief Constable misrepresented the review’s findings to the media.

The IOPC took over the investigation but found insufficient evidence to indicate misconduct or criminality in respect of the officers and former officers involved.

However, the IOPC did offer advice to the force about making clear the parameters of future investigations to all parties concerned.

IOPC Head of National Operations David Ford said: “The former officer made serious allegations of intimidation, victimisation, harassment and ostracism and it was necessary for us to look at these complaints closely.

“Since deciding to carry out our own investigation into these matters, we have obtained and examined an extensive amount of material including evidence gathered by the MPS and documentation presented to employment tribunals and the Home Affairs Select Committee. We also interviewed and obtained statements from the witnesses suggested by the complainant.

“We carefully considered this evidence before reaching our conclusion and while we found no evidence to suggest misconduct, we have highlighted a learning point to Cleveland Police to make sure that when it conducts future reviews, all participants have a clear understanding of the scope of the review.

“This has been an incredibly complex and resource-intensive investigation and we are satisfied that all relevant evidence was thoroughly analysed in coming to our decision.”

A Cleveland Police spokesperson said: “We note the conclusion of this investigation and the publication of a summary of the investigation findings.”

The first strand of the operation related to an employment tribunal, in November 2015, which concluded that retired PC was subjected to racial discrimination and victimisation by the police force. 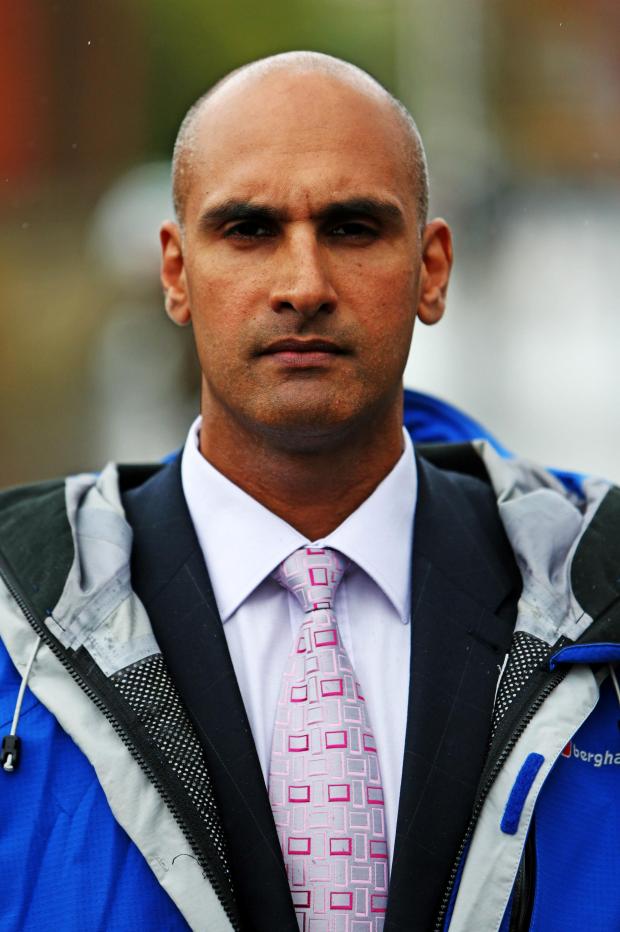 The former officer won a £457,000 payout from the force four years ago after an employment tribunal ruled that he had suffered racial discrimination in his job.

The IOPC investigation ruled there was insufficient evidence of any of the named officers having a case to answer for misconduct or gross misconduct for any of the individual officers could be found.

The third and final part of Operation Forbes is a managed investigation being carried out by West Midlands Police. This strand is looking at Cleveland Police’s use of the Regulation of Investigatory Powers Act (RIPA). This investigation is ongoing.

A CLEVELAND Police officer was caught on camera urinating on the street. The Northern Echo | Teesside …

A HEAVILY intoxicated man who attempted to drive off in van with a terrified teenage girl in the passenger seat didn’t get far when he failed to take the handbrake off. The Northern Echo | Teesside …

A FISHERMAN was rescued from the sea by his skipper after falling overboard three miles off the coast at Hartlepool. The Northern Echo | Teesside …

MORE than five years after being left to rot, the former headquarters of steelworking in Teesside has been frozen in time. The Northern Echo | Teesside …

A DRUG dealer who stashed thousands of pounds of cannabis at his friend’s house has landed them both in court. The Northern Echo | Teesside …