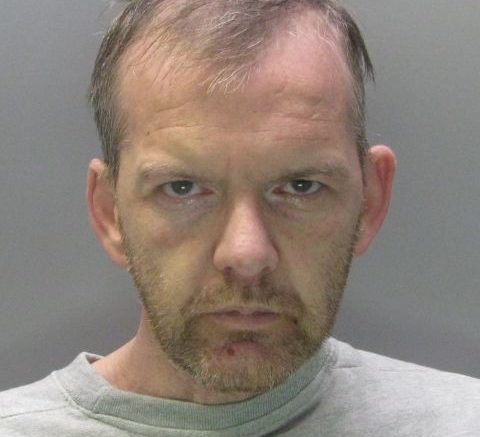 A MAN assaulted his former partner and then made threats to her while in possession of a knife.

Lloyd Speight accused the woman of having seen another man, while their relationship was still on going, so wanted her to take her to Carlisle to confront that man.

But, Durham Crown Court was told while awaiting a train at Darlington Railway Station, concern grew at his agitated behaviour.

A customer service assistant approached them and asked the woman if she was “okay”, but Speight told him it was none of his business.

The assistant told him it was, because people on the platform were concerned.

Liam O’Brien, prosecuting, said Speight continued to shout and was told he would not be allowed on any train.

Mr O’Brien said when a colleague of the assistant arrived Speight “slinked away”.

But it was when his former partner told them he was in possession of a knife and threatened to slash her, police were called to the station.

When officers arrived Speight was detained, but became agitated and struggled before being taken to the ground and handcuffed.

Mr O’Brien said when Speight was placed in the police vehicle he told officers: “Just you watch when I get out of jail, she’s going to get it.”

The silver kitchen knife was recovered from one of his shoes when he was searched at the police station.

Mr O’Brien said the incident was the culmination of a “tempestuous” four-year relationship in which Speight and his ex-partner had frequently argued and had previous splits.

Less that a fortnight earlier he repeatedly slapped her about the face, causing bruising, while sat astride her on a bed during a confrontation.

Shaun Dryden, in mitigation, said the defendant has had difficult mental health issues and found it hard to accept the end of the relationship.

Mr Dryden said the defendant believes that while on remand in prison he contracted coronavirus, from which he has recovered, but was unable to have any visitors.

Judge Ray Singh said Speight put the woman through a “distressing ordeal” when she knew he had a knife.

He imposed an 18-month prison sentence and put in place a lifelong restraining order prohibiting him from contacting his ex-partner.