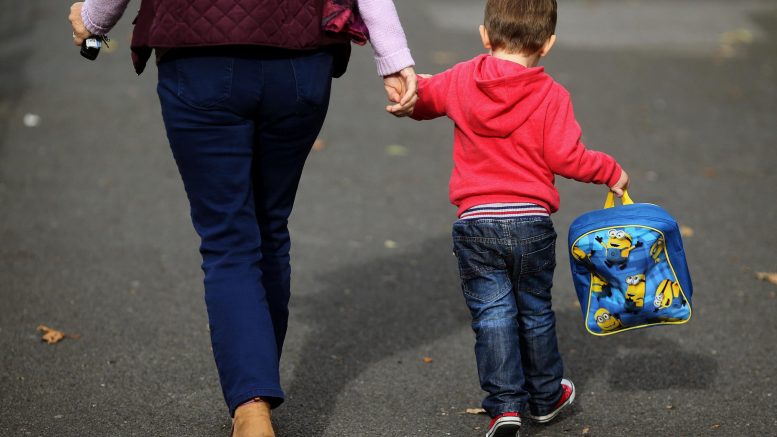 Seven local authorities came together to request stricter measures across the region in response to rapidly rising infection rates.

In their request to the Department of Health Social Care, the leaders of County Durham, Newcastle, North Tyneside, South Tyneside, Gateshead, Sunderland and Northumberland asked for people be able to enter other households for childcare purposes and while the main carer was at work.

The Health Secretary approved many new regulations but not this request.

In the letter, sent September 18, the region’s leaders said it was deeply concerning the informal childcare request was omitted.

Simon Henig, leader of Durham County Council, said: “We know many of our residents rely on members of their families as well as friends for childcare to enable them to work. We have asked the Government to include this exemption in what we hope will be temporary local restrictions so as not to hinder those families who continue to work hard in incredibly challenging circumstances.

“Sadly, this request was rejected by the Department of Health and Social Care, and we need them to reverse this decision as a matter of urgency.

“It is incredibly disappointing that this ask has not been fulfilled as many parents will now face the difficult decision of whether they should work or look after their children. Not all families can afford to pay for childcare, many extended families rely on the goodwill of their relatives and we now ask that the Government urgently reconsiders this decision and recognises the reality facing many families right across the North-East.”

Leader of Newcastle City Council Nick Forbes said the Government’s decision is “incredibly disappointing” and it must be reversed “as a matter of urgency”.

Currently, people are not allowed to meet others outside of their household or support bubble in private homes and gardens.

While there are some exceptions to this, including registered childcare, casual childcare is banned.

The letter states: “Families across our region rely on the support of their relatives, friends and neighbours to care for children while parents work long hours, typically in low-pay jobs and often in essential roles such as in the NHS.

“These parents provide an invaluable service to all sectors and as we try to recover from the profound effects of the pandemic while simultaneously taking extraordinary measures to control the virus, this decision will be another devastating blow to families who have already suffered so much.”

“The exclusion of informal childcare is a deeply regressive step. It will negatively affect parents and carers, especially those on lower incomes more profoundly at a time when we should be building an economic recovery that is fair for all. Government must immediately amend restrictions.”

In a separate letter, Durham City MP Mary Kelly Foy wrote to the secretary of state making her own plea for informal childcare to be allowed.