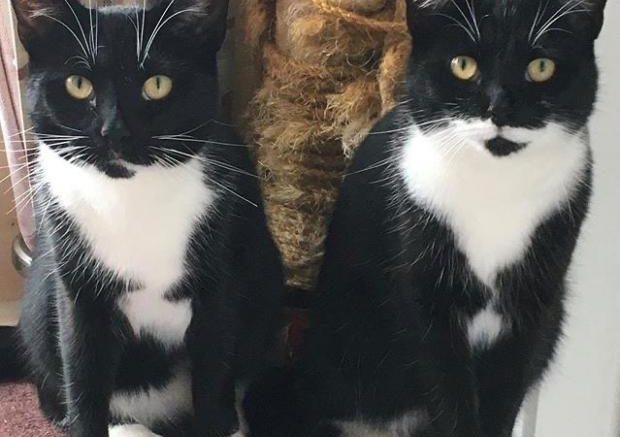 A CAT owner has spoken out and launched a witness appeal with police after the family pet was shot with an air rifle.

The incident is believed to have happened on Wednesday, July 22, between 2am and 8am near Flambard Drive on Bracks Farm, Bishop Auckland.

Owen Dawson said he was shocked to hear the news after a vet examination of Bella, the family’s cat, and now wants to raise awareness of the dangers of air rifles being linked to malicious attacks.

The family originally thought Bella had got into a fight with another cat after they found her cowering underneath their garden trampoline.

However, vets found a ball bearing in the cats back leg, and told Mr Dawson and his family that an air rifle was the cause.

He said: “We were absolutely devastated, it’s my little girl’s cat.

“To have Bella put down a week before my daughter’s tenth birthday would have been devastating, especially considering the malicious circumstances.

“We’re very lucky it didn’t come to that.”

Mr Dawson phoned the RSPCA about the incident, but was told that air rife attacks are not uncommon, and that identifying suspects in air rifle cases can be difficult.

He said: “A neighbour said to me ‘she might have been mistaken for a rabbit’, but rabbits don’t wear a collar and a bell, so I think somebody’s done this on purpose.”

However, Mr Dawson worries she will not have the same quality of life as prior to the attack.

He said: “Bella’s like a different cat now, before she’d be like a race car in the morning and run to get outside, she’d spend hours outdoors.

“She was so playful, and now she’s even struggling to get up onto a chair.

“For her to not want to go out anymore is shocking to us – she’ll never be the same cat again.”

Officers are eager to trace any suspects involved with the air rifle attack.