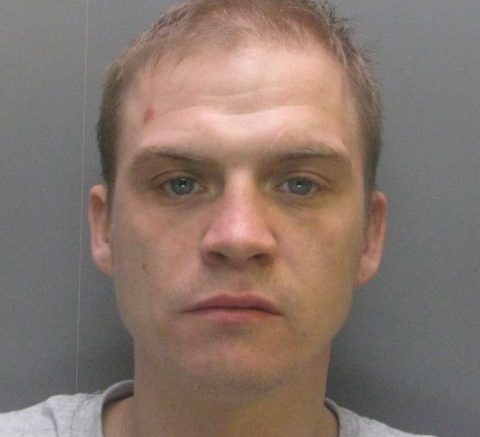 A NEIGHBOURS’ dispute over a burned recycling bin resulted in one of the men being stabbed by the other.

Stewart Richards, who had been drinking after attending the funeral of a friend’s father, carried out the attack on his neighbour in Ashcroft Gardens, Bishop Auckland, on February 4, at 7.30pm.

Durham Crown Court was told as Richards and other mourners drank outside his home, his neighbour emerged from his home, having smelled smoke from the bin, and complained that someone in the defendant’s company was responsible .

Paul Rooney, prosecuting, said Richards, threatened his neighbour and offered to fight him, but the man next door refused.

Richards then went back to his house and emerged with a knife, and a few punches were thrown between the pair, but they were separated.

Mr Rooney said some onlookers tried to diffuse the situation, ushering Richards back into his kitchen, but he managed to climb out of the window and the argument resumed over the fence.

The neighbour had by then armed himself with a machete which Richards claimed belonged to him, but which the other man said: “It belongs to me, now,” tapping it against his chest.

A mutual friend intervened and said: “If anyone is going to be stabbed, stab me.”

Mr Rooney said this had the effect of making the neighbour throw the machete to the ground.

But Richards then ran towards him and stabbed the neighbour twice in the back.

Helped by the mutual friend, Richards was restrained and the victim tried to stem the blood flow with tea towels.

An ambulance and police arrived on scene and the defendant ran away, disposing of the knife.

The victim was taken to hospital for treatment for injuries to both lungs, one of which was punctured, spending 24-hours in the high dependency unit.

But Mr Rooney told the court he now appears to have made a full recovery.

Andrew Petterson, for Richards, said he faces going to prison at a difficult time, due to restrictions enforced because of the Covid-19 crisis.

Judge James Adkin imposed a prison sentence of five years and seven months, telling Richards: “You weren’t prepared to leave it, and you jumped over the fence and stabbed him twice.

“Fortunately, he has made a good recovery.”

The judge added: “You can be described as a petty criminal, but you have never done anything as serious as this.”