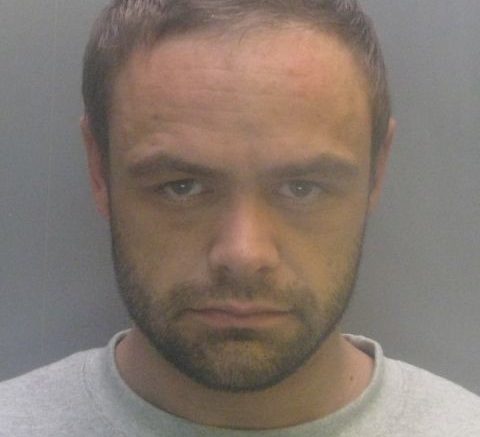 A BANNED motorist led police on what was described as one of the worst pieces of driving observed by an experienced motor patrols officer.

Over a ten-minute period in late morning on May 25 Andrew Welsh drove at excessively high speeds and carried out dangerous overtaking manoeuvres on busy commercial and residential streets in Willington and nearby villages.

Durham Crown Court was told that while at the wheel of a Vauxhall Astra, reported to have been taken earlier that day, Welsh undertook a police vehicle, drove round roundabouts in the wrong direction and straight over a mini-roundabout.

Stephen Littlewood, prosecuting, said Welsh almost struck a woman pushing a child in a buggy waiting to cross a road, before overtaking on a blind bend and carrying out a hand brake turn.

Police came across the Astra after it collided with a tree on Button’s Bank, on Wolsingham Road, near Waterhouses.

Welsh, who escaped with minor injuries, was found hiding in bushes nearby.

Mr Littlewood told the court that one of the police pursuers, a highly experienced officer, said it was one of the worst examples of driving he had seen in recent years.

Welsh, 30, of Hall Lane Estate, Willington admitted dangerous driving, plus three counts each of driving while disqualified and without insurance, on March 26, and on May 24 and 25.

He also admitted a charge of burglary, having taken two sets of golf clubs, a strimmer and carpet cleaner from a garage attached to a house on Hogarth Close, Ushaw Moor, in the early hours of May 24.

Mr Littlewood said a neighbour reported seeing a figure loading the items into a Ford Fiesta which was later found burned out in a car park, although when confronted at the scene, Welsh denied responsibility for the blaze.

The court heard Welsh has 12 convictions for 28 offences, including dangerous driving in 2018, in another police chase, for which he was jailed for 20 months and banned from driving for 34 months.

Judge Ray Singh told Welsh the “inference” was that he had burned out the Fiesta after the burglary and then, only the following day, was responsible for the “extremely serious and prolonged” driving in the police chase.

“It was only good fortune that no-one was injured or worse through your appalling driving.”