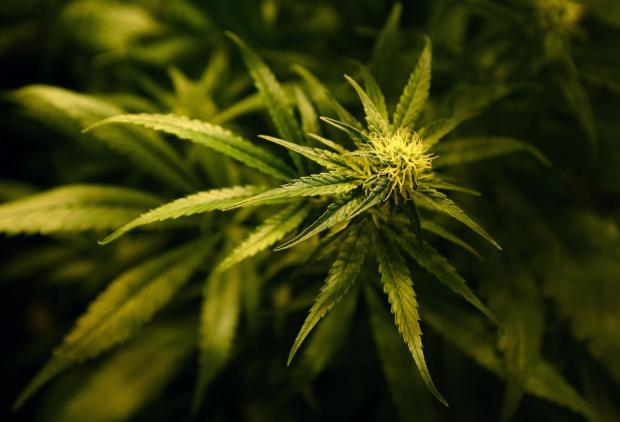 AN illegal immigrant who worked for just three weeks in a cannabis farm told police that he was being held in the terraced property against his will.

Armand Hajredini, an Albanian national, said that he was taken to the terraced house in central Hartlepool, with the promise of a building job but ended up tending cannabis plants instead.

The 26-year-old was left in charge of 100 cannabis plants, worth up to £84,000, without pay and threats were made to him and his family if he quit and abandoned the farm, Teesside Crown Court heard.

Cleveland Police smashed their way into the locked house in Kilmarnock Street at 8am on May 13 and found that the interior door was reinforced by a wooden board.

Hajredini was in the back garden, and he had keys and a mobile phone in his possession.

The court heard he had no previous convictions and he slept in a single bed in the kitchen with food dropped off for him.

Emma Atkinson, prosecuting, said he arrived in the country in a lorry five years ago from France but he lost all of his identification documents and he worked in the South East in the building trade and in car washes.

The judge said that the cannabis farm was a very sophisticated set-up with high-intensify lamps, timers and transformers.

Hajredini told a probation officer that he had been living near Heathrow until he was told that there was work in the North East and he travelled by train to Newcastle.

He was met by a contact who put him in the back of a van and he was taken to the house, said Stephen Constantine defending.

He added: “This case raises issues of modern slavery and duress. He is a young man with no previous convictions who is described as an intelligent young man, one who wishes to remain in this country legally and work and earn legitimately.”

Mr Constantine urged the judge to impose a suspended prison sentence which would allow Hajredini to remain in the country – subject to permission from the immigration authorities.

The judge Recorder David Gordon told the defendant he was unable to suspend the sentence.

He said: “In my view I am passing the shortest possible sentence which fits your crime.”

Hajredini was sentenced to seven months in custody after he pleaded guilty to the production of cannabis.

You can also follow our dedicated Teesside Facebook page for all the latest in the area by clicking here.