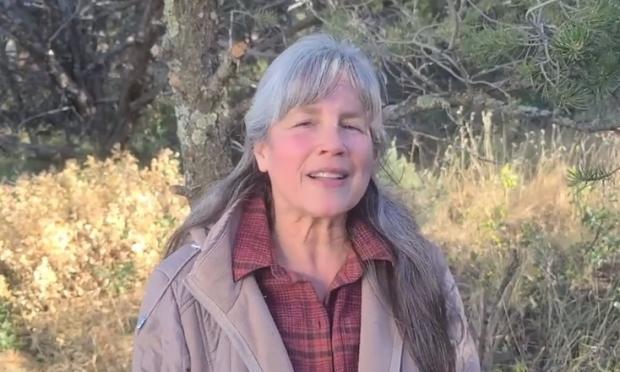 A new film based on a crazed fan stalking actors from a slasher movie franchise is to be screened at Darlington Film club later this month. Andrew White speaks to director Deborah Voorhees.

A THROWAWAY question about obsessive film fans provided the inspiration for a new horror movie receiving an exclusive screening in the region this month.

Texas-based filmmaker Deborah Voorhees was chatting to her co-producer Joel Paul Reisig, when he asked if she had ever encountered any “scary” fans.

Deborah appeared as Tina in the fifth instalment of the Friday the 13th slasher movie franchise, titled ‘A New Beginning’ – released in 1985 – and has since attended many conventions.

She has never had any negative experiences with fans at conventions – but did have some disturbing encounters outside of that setting.

One unknown person sent her a message suggesting it would be “cool” to die in real life the same violent way her character had in the film.

“That’s really nothing like how I want to pass from this world, it really creeped me out,” she says.

“I live in the middle of nowhere in a house with these big French doors – somebody could have been looking in the windows.”

She also recalled receiving a text message which said simply: “I’m watching you.”

“That was really creepy too.

“But I thought about it for several nights and eventually thought ‘this is our movie’. It felt like the right way to go.”

And that’s how the idea for 13 Fanboy was born.

The premise of 13 Fanboy is that actors who had starred in a Friday the 13th film – there have been 12 of them altogether – find themselves the target of an obsessive fan who wants to replicate their screen deaths.

Kane Hodder, who played Jason Voorhees in four of the Friday the 13th movies as himself in a scene from 13 Fanboy

“It felt like our monster was a real life monster that could really exist,” she says.

“That’s as opposed to, say, Frankenstein’s monster or Jason Voorhees from Friday the 13th. They can’t exist, it’s not possible – but ours can.”

An impressive cast for 13 Fanboy includes a number of actors who appeared in those movies as fictionalised versions of themselves.

They include Kane Hodder and CJ Graham, who both played protagonist Jason Voorhees in Friday the 13th movies, and Corey Feldman, whose other credits include Gremlins, The Goonies, Stand by Me and The Lost Boys. Dee Wallace, best known for her role in E.T. was the first to sign up.

Deborah has a theory for why slasher moves like Friday the 13th and Halloween have endured to this day.

“We all have a certain level of a fear of dying,” she says.

“And I think these films are a way of examining and looking at the concept of fear, the concept of being afraid and the concept of death. Everybody at one time or another has felt fear – and this is a safe way of doing it.”

But, she says, horror movies can also release other emotions, adding: “Have you ever been scared and jumped and then started laughing? I have – because I’m laughing at myself for jumping or screaming and it turned out to be nothing.”

13 Fanboy will be shown at Darlington Film Club, in association with Misty Moon Film Society, on Monday, November 29, for only its second screening in the UK, a week after its London premiere.

Director, co-writer and actor Deborah will then appear on the Darlington stage alongside actress Hayley Greenbauer, who plays Kelsie Voorhees in 13 Fanboy, for a Q&A session.

Kelsie Voorhees, played by Hayley Greenbauer, who is coming to Darlington

And Deborah will have a lot to talk about. By her own admission, she has led “a colourful life”. As well as her Friday the 13th connection, she has been a Playboy Bunny and appeared in episodes of Dallas – three American institutions.

She’s also been a journalist and a teacher, before returning to film – this time behind the camera.

Her first movie as a filmmaker, 2014’s Billy Shakespeare, garnered praise and numerous awards, despite its “miniscule” budget.

“I consider that was me getting my filmmaking Bachelor’s degree,” she says, adding that she made a lot of mistakes on the shoot.

“But I really loved it – I love being in charge.”

And she hasn’t finished yet.

She’s hoping her next project – after 13 Fanboy – will be based on a real life ghost story.

Deborah is looking forward to visiting Darlington and meeting the town’s film fans.

“I honestly think I’ve led a charmed life, and I’m really looking forward to coming to England.” she adds.

“I usually get asked lots of questions, so for me these events are about spending time chatting with the fans – as opposed to me just talking with them.”

And she has family connections to the UK, tracing her roots back to the 1600s.

Deborah is the latest in a long line of screen stars to appear at Darlington Film Club, which has established a reputation for showcasing cult and classic movies over the last few years.

And founder James Watson said there are more special events lined up next year, adding: “Darlington Film Club is 10 years old now and we can’t wait to have Deborah Voorhees from the Friday 13th saga visit us at The Forum.

“The Friday 13th films are legendary if you’re a horror fan, so to screen a horror based on the films directed by Deborah will be a fantastic evening for us.

“We normally have a few events every year with film stars and directors attending for Q&As and to meet the audience.

* The event, at The Forum Music Centre in Borough Road, Darlington, starts at 7pm on Monday, November 29. Tickets, priced £10 each, are available from theforumonline.co.uk/events/film-club-special-13-fanboy-2021 or for more details, visit Darlington Film Club’s Facebook page.

You can also follow our dedicated Darlington Facebook page for all the latest in the area by clicking here.